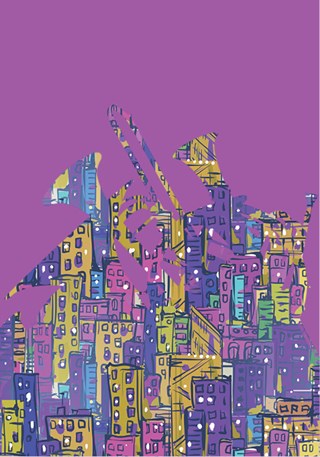 A Handful of Keys: A Retrospective of American Keyboard Music

From Florence Price and Fats Waller to Hazel Scott and Jelly Roll Morton, keyboard music was a critical form of expression and talent during the 1920s. Pianist Michelle Cann joins NWS Piano Fellows Wesley Ducote and Thomas Steigerwald, and Zhu Wang--one of her students at the Curtis Institute for an intimate look at the jazz and classical keyboard works of the Harlem Renaissance. The performance will feature works of Louis Moreau Gottschalk, Florence Price, Jelly Roll Morton, Hazel Scott, Irene Britton Smith, Fats Waller and Helen Eugenia Hagan.

This concert also launches a multi-year exploration of piano and piano-centric music of Black composers and musicians. This project is a collaboration between the New World Symphony, Michael Tilson Thomas, The Curtis Institute of Music and Michelle Cann. This project will include a website which augments selections from the concert with recorded performances of other works and biographical information about the composers. Pianist and musicologist Dr. Samantha Ege (Lord Crewe Junior Research Fellow in Music at Lincoln College, University of Oxford), will serve as an advisor to the website.

This event is part of the New World Symphony’s festival I Dream a World: The Harlem Renaissance and Beyond—a five-day festival that explores and celebrates the history and influence of the Harlem Renaissance and the epicenters of Black excellence that thrived across the nation during the 1920s. This festival is made possible with support from the NWS Collaborations Fund, the NWS Fund for New Ventures and Bank of America. For a full list of festival events, click here.

A Handful of Keys:
A Retrospective of American Keyboard Music
A Collaboration between NWS and the Curtis Institute of Music

A Handful of Keys: A Retrospective of American Keyboard Music illuminates the kaleidoscopic output of African-descended composer-pianists who inspired and galvanized the Black Renaissance era. With a program comprising works by Louis Moreau Gottschalk, Florence Price, Irene Britton Smith, Helen Hagan, Hazel Scott, Mary Lou Williams, Jelly Roll Morton and Fats Waller, this dynamic musical era in American history is wondrously brought to life. From rhapsodic classical movements to rollicking jazz, A Handful of Keys captures the vibrancy of the Harlem Renaissance and beyond.

The Black Renaissance at large unfolded through the first half of the 20th century. Growing out of urban centers such as New York’s Harlem and Chicago’s South Side and reverberating across the African diaspora, the Black Renaissance saw thinkers and visionaries of African descent bring about a rebirth in all aspects of life and identity.
Whether it was through music, art, dance, literature or theatre, the expressive arts were important vehicles for cultural reinvigoration and social transformation.

Composers used their craft to articulate their power as creative intellectuals. From “Spirituals to Symphonies” (to quote the composer, activist and Black Renaissance woman Shirley Graham DuBois), Black musicians demonstrated their talent and authority in a wide range of genres. There were many composer-pianists during this time who were classically trained, either through the musical networks in their communities or at prominent conservatories in the United States and abroad. Their musical foundations were often a mix of European techniques and African American folk and popular music influences. With Black vernacular styles and the multiple genres they birthed being so heavily disparaged in mainstream American culture, a number of composers operating during this time sought to affirm that the Black American folk tradition was a vital history that still spoke to the hopes and dreams of every generation that followed.

Louis Moreau Gottschalk, the 19th-century Romanticist who wowed audiences with his virtuosic renditions, is an outlier with regard to the Black Renaissance era by virtue of his much earlier birth date. But his influence was felt throughout. Gottschalk took Creole themes and other folk influences as inspiration for his craft. Many Black Renaissance composers later did the same, drawing upon the melodic contours of the Negro Spirituals and the rhythmic patterns of plantation dances for inspiration, or innovating new popular music genres based on earlier African American folk styles. No more is this blend of the virtuosic and vernacular more evident than in the featured piano music on this program. Gottschalk is therefore a necessary reminder of how long the history and legacy of African-descended composers run.

Florence Price, Jelly Roll Morton and Helen Hagan—all born toward the end of the 19th century—represent a distinct generation of composer-pianists whose artistry flourished during the Black Renaissance. The next generation of composer-pianists (born in the first few decades of the 20th century)—Fats Waller, Irene Britton Smith, Mary Lou Williams and Hazel Scott—were sons and daughters of the Black Renaissance. They expanded the sound worlds of their predecessors as they ventured toward new, expressive heights. A Handful of Keys: A Retrospective of American Keyboard Music thus proudly celebrates more than a century of Black pianistic voices.

“A compelling, sparkling virtuoso” (Boston Music Intelligencer), pianist Michelle Cann made her orchestral debut at age 14 and has since performed as a soloist with numerous orchestras including The Philadelphia Orchestra, Cleveland Orchestra, Cincinnati Symphony and New Jersey Symphony.

Highlights of Ms. Cann’s 2021–22 season include debut performances with the Atlanta, Detroit and St. Louis symphonies, as well as her Canadian concert debut with the National Arts Centre Orchestra in Ottawa. She also receives the 2022 Sphinx Medal of Excellence, the highest honor bestowed by the Sphinx Organization, and the 2022 Andrew Wolf Chamber Music Award. Embracing a dual role as both performer and pedagogue, Ms. Cann’s season includes teaching residencies at the Gilmore International Keyboard Festival and the National Conference of the Music Teachers National Association.

Ms. Cann regularly appears in solo and chamber recitals throughout the U.S., China and South Korea. Notable venues include the National Centre for the Performing Arts (Beijing), the John F. Kennedy Center for the Performing Arts (Washington, D.C.), Walt Disney Concert Hall (Los Angeles) and the Barbican (London). She has also appeared as cohost and collaborative pianist with NPR’s From the Top.

An award winner at top international competitions, Ms. Cann served as the Cincinnati Symphony’s MAC Music Innovator in 2019 in recognition of her role as an African-American classical musician who embodies artistry, innovation and a commitment to education and community engagement.

Wesley Ducote is a second-year Piano Fellow at the New World Symphony. He has led a versatile musical career pursuing a diverse set of interests.

As a collaborator, Mr. Ducote has been featured with many of today’s brightest stars including composer/vocalist Kate Soper, Emmy Award-winning composer and Vietnamese folk musician Van Anh Vo, flutists Leone Buyse and Carol Wincenc, soprano Ana Maria Martinez, and many others. He has served as principal keyboardist with the Shepherd School Symphony and Houston Grand Opera Orchestra. As a chamber musician he has been a featured artist with MUSIQA and the Nantucket Rossini Club, and in 2017 was selected by the Shepherd School of Music to perform with the Gyldfeldt quartet from Leipzig. Mr. Ducote has even worked as a keyboardist/composer in his own jazz-fusion sextet Steve Cox’s Beard.

An enthusiastic performer of new and contemporary music, Mr. Ducote has premiered over 40 new works and worked with faculty at institutions in China, South Korea, Canada and all over the United States. His new music experience includes works for solo piano, chamber ensembles, orchestra and even a piano concerto written for him. He is currently working on an upcoming commissioning project of new solo piano music.

Mr. Ducote is an Artist Fellow with the Louis Moreau Institute and was a Young Artist Fellow with Da Camera of Houston, Resident Piano Fellow with the Cortona Sessions for New Music, and a fellow with CPI at the Composer’s Conference, SICPP, Encore Chamber Music, Round Top Festival Institute and Aspen Music Festival. Mr. Ducote holds graduate and undergraduate degrees in music from Rice University, where he studied with Brian Connelly, as well as an undergraduate degree in mathematics.

Prize-winning pianist and native Texan Thomas Steigerwald is a third-year Piano Fellow at the New World Symphony. A medal winner in the Wideman, New York, Dallas Chamber Symphony and San Jose International piano competitions, he holds a master's degree from The Juilliard School, where he studied with Matti Raekallio, and a bachelor's degree from Eastman School of Music under the tutelage of Douglas Humpherys.

A 2013 Music Teacher’s National Association Young Artist prize winner, Mr. Steigerwald has pursued a multifaceted career of solo performance, chamber music and orchestral piano. He made his orchestral debut at age 18, performing Prokofiev’s Piano Concerto No. 3 with the San Antonio Symphony. He performed Rachmaninoff’s Piano Concerto No. 3 with the National Repertory Orchestra in Breckenridge, Colorado during its 2019 summer festival. In 2019 he collaborated with violist Brett Deubner for 20 concerts in their second tour of China. Mr. Steigerwald premiered Cosme McMoon’s newly discovered piano concerto Rondo espagnol in 2018, giving performances with the Youth Orchestra of San Antonio at the Tobin Center and New World Symphony.

Praised by The New York Times as “a superb pianist, a thoughtful, sensitive performer” and Fou Ts’ong as “an incredible talent with a natural feeling of harmony and imagination,” pianist Zhu Wang’s engaging performances exhibit a remarkable depth of musicianship and poise. Winner of the 2020 Young Concert Artists International Audition, he was awarded the Stern Young Artist Development Award, which is supported by the Linda and Isaac Stern Foundation. Mr. Wang showcases his artistry as both a passionate soloist and dedicated chamber musician.

Mr. Wang’s upcoming season includes solo recital debuts at Carnegie’s Zankel Hall and The Kennedy Center, world premiere performances of a work for solo piano by Nina Shekhar, Florence Price’s Piano Concerto in One Movement with the Mississippi Symphony and appearances with violinist Randall Goosby in a San Francisco Symphony recital series and at 92nd Street Y and Merkin Hall.

Mr. Wang has performed across the U.S. and internationally at prestigious venues such as The Kennedy Center, Carnegie Hall, Chamber Music Hall of the Berliner Philharmonie, Warsaw Philharmonic Concert Hall and Shanghai Concert Hall. Since his orchestral debut at age 14 with the Hilton Head Symphony, where he performed Mozart’s Piano Concerto No. 21, he has soloed with the Salzburg Chamber Soloists, Zermatt Music Festival Orchestra, Fort Worth Symphony, Brunensis Virtuosi Orchestra, San Juan Symphony and Xiamen Philharmonic.

A native of Hunan, China, Mr. Wang began learning piano at the age of five, when he trained at Music Middle School Affiliated to Shanghai Conservatory of Music with Zhe Tang and Fou Ts’ong. For his bachelor of music degree he continued his study at The Juilliard School, where he received Gina Bachauer and Mieczyslaw Munz Scholarship. He is currently pursuing his artist diploma at Curtis Institute of Music, under the guidance of Robert McDonald.