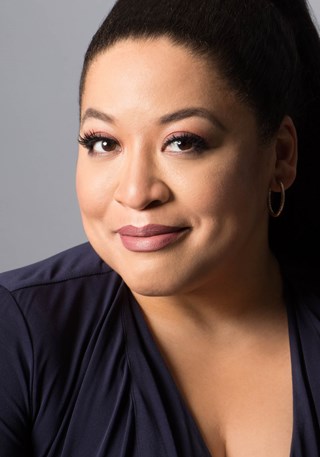 AN AFTERNOON IN PARIS

Witness the City of Lights through the lens of its humorists, Romantics and modernists. From the regal march of lions to the swan’s graceful glides and the aquarium’s shimmering waters, Camille Saint-Saëns’ Carnival whimsically illustrates the animal kingdom. Considered a breath of fresh air, Francis Poulenc’s Trio evokes past masters with tongue in cheek in this showpiece for double reeds. Metropolitan Opera soprano Michelle Bradley lends her “rich and vibrant” voice to the anguished unrequited love of Ernest Chausson’s Perpetual Song and the glowing beauty of André Caplet’s The Prayers, written on the front lines of battle.

An article published in 1920 identified a group of rising French composers as “Les Six,” an honorific that placed them on the level of “The Russian Five” from an earlier generation. The six musicians—Auric, Durey, Honegger, Milhaud, Poulenc and Tailleferre—did not all subscribe to any particular compositional philosophy. Instead, their strongest bond was a shared regard for Erik Satie, the elder statesman of French experimental music. Francis Poulenc was only 21 at the time, and he was well on his way to developing the musical personality that the critic Claude Rostand would famously describe as “part monk, part rascal” decades later.

Poulenc began sketching his Trio for Oboe, Bassoon and Piano in 1921, while still a student, but he did not finish it until 1926. He later acknowledged the hard work required to complete this formative composition, explaining, “It’s in a style new to me yet at the same time very Poulenc.” One of his tricks was to base his structures on existing models: He noted that the first movement followed the shape of a particular Allegro movement by Haydn and that the finale took its cues from Saint-Saëns. One other guiding influence was the Spanish composer Manuel de Falla, to whom Poulenc dedicated the score.

The Trio begins with a slow introduction, the dotted rhythms and florid trills imparting an attitude of somber ceremony, until the dry Presto tempo arrives with its pecking rhythms and Haydnesque humor. A contrasting section clears out space for unexpectedly slow and lyrical music.

The central Andante continues to explore sweet, singing melodies tinged with hints of melancholy (as Poulenc specified in the oboe part). The crisp and festive finale exemplifies the neoclassical approach that Poulenc made his own in the wake of Stravinsky and other pioneers.

Info on the Poulenc Trio, a group that formed around Poulenc’s instrumentation and has since commissioned many new works for the unusual instrumentation

Bowing to pressure from his father, Ernest Chausson initially trained for a career in law, but he embraced music in his early 20s. He attended classes taught by Massenet and Franck at the Paris Conservatory, and he also fell under the sway of Wagner, whose operas he heard firsthand in Bayreuth in 1879 and 1880.

Chausson lived off of the small fortune amassed by his father as a public works contractor, and he ingratiated himself with professional colleagues including Debussy and Fauré by serving as Secretary of the National Society of Music. In his final years, from his father’s death in 1894 to his own demise five years later from a freak bicycle accident, Chausson transcended the weighty influences of Franck and Wagner, producing lucid and personal music that pointed toward a post-Romantic future for French composers.

The last work he completed was the Chanson perpétuelle, or Perpetual Song, a setting for soprano of a poem by Charles Cros. Chausson prepared two versions: one with full orchestra accompaniment and the other with piano and string quartet, as heard on this program and most modern performances.

The score instructs that the music should be “slow, with the feeling of a popular song.” The vocal line—sung from the perspective of a woman abandoned by her lover—is natural and unstrained, supported by subtle harmonies and sophisticated textures. Hearing this music, we shouldn’t be surprised that Chausson had a particularly strong impact on the young Maurice Ravel, who carried this lineage of French style into the 20th century.

Album of Chausson’s complete songs, including excerpts and liner notes

André Caplet died at the age of 46, felled by lasting lung damage sustained during gas attacks in World War I. His brief career began with a boost from winning the Rome Prize upon completing his studies at the Paris Conservatory. He became a friend and confidant of Debussy, called upon to proofread the older composer’s scores; Debussy even entrusted Caplet to orchestrate several works. Caplet was also an accomplished conductor, leading the Boston Opera Company for four seasons, but he set aside conducting to focus on composing after the war. Caplet’s late compositions married a vivid color palette with his increasingly fervent Catholicism, prefiguring the musical direction carried forward by Messiaen.

Caplet composed Les prières (The Prayers) during World War I. For the texts, he chose three essential prayers from his Catholic faith: The Lord’s Prayer, Ave Maria and The Nicene Creed. He created several versions of the vocal accompaniment, but the most colorful is the one that supports the singer with harp and string quartet, a sound that echoes landmark works by Debussy (Sacred and Profane Dances for harp and string orchestra) and Ravel (Introduction and Allegro for flute, clarinet, harp and string quartet).

As a preface to the first prayer, an introduction of hovering chords and pristine harp figures establishes a mood of wonderment. The vocal setting of The Lord’s Prayer is free and chant-like, with the ensemble framing and connecting the uttered phrases. The brief Ave Maria is more sweet and melodic, with an accompaniment that alights gracefully on unexpected harmonies. The final prayer is the longest and most impassioned, rising to a dreamy climax with the closing statement of belief in “life everlasting.”

Profile of Caplet and his life’s work

The Carnival of the Animals (1886)
Approximate duration: 22 minutes

Before Camille Saint-Saëns had a widespread reputation as a composer, he was known in Paris and around Europe as a brilliant pianist and, in the view of Franz Liszt, the greatest organist in the world. Saint-Saëns was determined to be taken seriously as a composer, and he challenged himself to create monumental works like the “Organ” Symphony from 1886, a score commissioned by the same illustrious British group that had commissioned Beethoven’s Symphony No. 9 and Mendelssohn’s Symphony No. 4. He certainly did not want to be typecast as the composer of the lighthearted and irreverent Carnival of the Animals, which he dashed off during a few days of vacation while taking a break from the “Organ” Symphony.

Saint-Saëns indulged his friends with a few private performances, but he prohibited The Carnival of the Animals from being published or performed publicly in his lifetime. (The one exception was The Swan, the penultimate movement featuring cello, which he arranged and published separately in 1887.) The complete work only reached the public after Saint-Saëns died in 1921.

The Carnival of the Animals overflows with humor and self-evident joy. It also benefits from the craftsmanship of a composer who had spent decades at the forefront of French chamber music, and one whose legendary keyboard skills informed the kaleidoscopic color combinations in this piano-centric ensemble.

Some of the animal portrayals are charmingly true-to-life, like the pecking piano and strings in Hens and Roosters, the doleful clarinet during The Cuckoo in the Depths of the Forest, or the flitting flute of Aviary. Other scenes play on puns, quotations and in-jokes: There is the slow-motion rendition of Offenbach’s Infernal Galop (i.e. “The Can-Can”) in Tortoises; the ghoulish references in Fossils to Saint-Saëns’ own Danse macabre and the French folk song we know as “Twinkle, Twinkle Little Star” and the self-effacing spectacle of Pianists, using typical student exercises to place these musicians on par with a zoo attraction.

The sublime melody of The Swan is a well-known delight with few equals in the musical canon, but it is less often that we get to hear it in its original setting with the luxurious accompaniment of two pianos, as opposed to the one-piano arrangement Saint-Saëns published.

Recording of version with English verses by poet Ogden Nash

Michelle Bradley, a graduate of the Lindemann Young Artist Development Program, is beginning to garner great acclaim as one of today’s most promising Verdi sopranos.

This season Ms. Bradley makes her debut with the Lyric Opera of Chicago as the title role in Tosca and returns to the Metropolitan Opera as Liù in Turandot. In concert, she will debut with the San Francisco Symphony as the soprano soloist in Beethoven’s Symphony No. 9 and with the Atlanta Symphony as the title-role in Act 3 of Aida. She will also be heard in a pair of solo recitals for the San Diego Opera with Brian Zeger at the piano. Future projects include a debut with then San Francisco Opera and returns to The Metropolitan Opera and Lyric Opera of Chicago, all in leading roles.

Last season, Ms. Bradley made debuts with the Prague State Opera as the title role in Aida and in recital with the Houston Grand Opera and Philadelphia Chamber Music Society. She also appeared in concert with the Dallas Symphony in a program of gospel and in a gala concert with the San Diego Opera.

Previously Ms. Bradley made debuts with the Vienna State Opera as Leonora in Il trovatore (a role debut), San Diego Opera as the title-role in Aida and returned to The Metropolitan Opera for their New Year’s Eve Gala as Liù in Act II of Turandot. She appeared in solo recital at the Kennedy Center and performed Barber’s Knoxville, Summer of 1915 with the New World Symphony.

Ms. Bradley is the 2017 recipient of the Leonie Rysanek Award from the George London Foundation, the 2016 recipient of the Hildegard Behrens Foundation Award, and a first-place winner in the Gerda Lissner and the Serge and Olga Koussevitzky vocal competitions. She is the 2014 grand prize winner of the Music Academy of the West’s Marilyn Horne Song Competition.