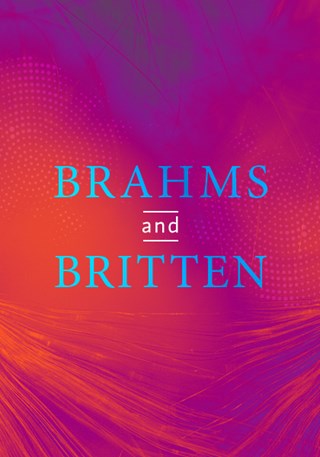 Witness how uplifting and unifying music can be as NWS revels in the optimism spread by composers and artists alike. Toronto Symphony Conductor Emeritus Peter Oundjian welcomes pastoral gems by Aaron Copland, who infused his Overture with hope and his trademark Americana, and Johannes Brahms with his incredible life-affirming Second Symphony. Despite its timeless popularity, this will be NWS’s first performance of the symphony in over 12 years–don’t miss it! After a tragic accident on his family’s farm, Grammy Award-winning violinist Augustin Hadelich was told he’d never play again, but he has claimed his spot as one of the world’s finest musicians. Here he offers a rare performance of Benjamin’ Britten’s anguished Concerto, which Britten claimed was “without question, my best piece.”

A Brooklyn-born, French-trained son of Russian-Jewish immigrants, Aaron Copland gave voice to America’s rural life and landscapes like no classical composer before or since. After El Salón México, a campy orchestral score from 1936 inspired by Copland’s first trips south of the border, he followed up in 1937 with the children’s opera The Second Hurricane, premiered by teenaged music students under the direction of the 21-year-old Orson Welles.

After hearing The Second Hurricane, New York’s High School of Music and Art (now part of the famous LaGuardia High School) invited Copland to kick off a new initiative dubbed “American Music for American Youth.” Copland interrupted work on his Western-themed ballet Billy the Kid to compose An Outdoor Overture, which debuted (indoors) at the high school in December 1938.

In writing for high school performers, Copland scrubbed his language free of any undue complications without sacrificing his signature sparkle. The result is accessible Americana at its finest, brimming with bright-eyed optimism and guileless beauty.

This concert Overture begins with a leaping fanfare shaped by triads and perfect intervals—those bright, clean ingredients that Copland put to such good use in works like Appalachian Spring and Fanfare for the Common Man.

The fanfare motive returns at key points to provide connective tissue, like when a raucous march dissipates into a gentle interlude led by a solo flute.

Benjamin Britten left England in 1939, evading the looming war, some troubling romantic attachments and an uncertain musical future. During an initial stop in Canada, he completed the Violin Concerto for Antonio Brosa, who had previously joined Britten to introduce the Suite for Violin and Piano, Op. 6, at an international festival in Barcelona in 1936. That same festival also featured the posthumous premiere of Alban Berg’s elegiac Violin Concerto, which had made a lasting impression on Britten. Amid the ravages of Spain’s Civil War, the music that Britten conceived for his Spanish violinist-friend took on a weighty tone, echoing Berg’s heavy-hearted score in spirit even if it did not share its 12-tone technique.

Brosa gave the first performance of Britten’s Violin Concerto in 1940 with the New York Philharmonic. By then Britten had moved into a dilapidated townhouse in Brooklyn, where he and his partner, Peter Pears, shared the top floor with the poet W. H. Auden; other housemates included the novelists Carson McCullers and Jane and Paul Bowles, as well as the burlesque dancer Gypsy Rose Lee. Freed from the artistic pressures he faced from England’s conservative old guard, Britten blossomed in America, finding the mature voice that would soon make him an international star.

That initial motive becomes a recurring figure, supporting the soaring themes presented by the solo violin.

Near the end, the initial combination of timpani and cymbals returns to support a haunting cadenza, underscoring the martial backdrop of this score.

Britten’s Concerto reverses the usual pattern of movements, with slow outer statements surrounding a fast, scherzo-like middle movement. Its sense of humor is more biting than playful, and orchestral passages heavy with brass and timpani echo the first movement’s intensity.

The movement ends with a substantial cadenza that brings back the first movement’s timpani theme while also providing a direct link to the finale.

The closing movement takes the form of a Passacaglia, a Baroque form in which a short pattern serves as the basis for a series of continuous variations. The recurring ground bass, first heard in the trombones, enters when the violin reaches the apex of a rising scale.

After so many decisive, scale-based motives and stark layers of counterpoint, the final minutes fall into a state of uncertainty between a D-major or D-minor outcome. Ultimately the violin dies away on a trill that leaves the harmonic question unresolved.

“I shall never write a symphony,” Brahms lamented in a letter to a friend, at a time when he was nearing 40 and already one of Europe’s most famous composers. “You can’t have any idea what it’s like always to hear such a giant marching behind you!” That giant was Beethoven, and the shadow he cast over Brahms was nearly inescapable. In the First Symphony, completed in 1876 after an arduous process that spanned 14 years, Brahms squared directly with his hero and tormentor, following the same fateful path from C minor to C major that Beethoven traversed in the Fifth Symphony.

Brahms’ Second Symphony, written just a year later, could not have been more different in its origins. He wrote it that summer at a lakeside village in the Austrian Alps, describing the work as “all blue sky, babbling of streams, sunshine and cool green shade!”

The cellos and basses begin the Symphony with a four-note figure that, by coincidence, corresponds exactly to the start of Stephen Foster’s 1864 song “Beautiful Dreamer”—clearly both composers appreciated the motive’s idyllic lilt.

Another recognizable snippet comes from Brahms’ own pen: the famous Lullaby he published in 1868. The violas and cellos, instructed to play in a singing manner, introduce a variant of that soothing tune.

The main melody of the slow second movement is another marvel of songlike expression, with the cellos once again placed in their sweet tenor range to deliver the long, slurred phrases.

With Brahms’ typical grace, the rhythms sometimes morph effortlessly into triplets, recalling the smooth contours of the first movement.

The third movement begins with a woodwind ensemble supported by plucked cellos, an outdoorsy sound that recalls the refreshing Harmoniemusik of 18th-century wind bands.

Instead of a typical scherzo interrupted by a contrasting trio section, this movement oscillates between two conflicting tempos in a five-part form. The transitions that serve to dovetail the mismatched rhythms show Brahms at his most playful and ingenious.

The finale begins with a type of surprise that Haydn used so effectively. Once the extremely quiet music has you leaning forward expectantly, the full orchestra rocks you back with a sudden forte arrival, pointing this sophomore Symphony toward its radiant conclusion.

A dynamic presence in the conducting world, Peter Oundjian is renowned for his probing musicality, collaborative spirit and engaging personality.

The 2018-19 season includes debuts with the Indianapolis and New Zealand symphonies and return engagements with the St. Louis, Baltimore, Atlanta, Utah, Colorado and New World symphonies, as well as the Los Angeles Chamber Orchestra and Orchestre de la Suisse Romande. He completes his second season as Artistic Advisor of the Colorado Music Festival.

2017-18 marked Mr. Oundjian’s 14th and final season as Music Director of the Toronto Symphony (TSO). His appointment in 2004 reinvigorated the orchestra with recordings, tours and acclaimed, innovative programming, as well as extensive audience growth, significantly strengthening the ensemble’s presence in the world. In 2014 he led the TSO on a tour of Europe, which included a sold-out performance at Amsterdam’s Concertgebouw and the first performance of a North American orchestra at Reykjavík’s Harpa. In the 2016-17 season, Mr. Oundjian led the TSO on a major tour of Israel and Europe.

From 2012 to 2018, Mr. Oundjian was Music Director of the Royal Scottish National Orchestra. Under his baton, the orchestra toured China, the U.S. and across Europe. Together they recorded extensively for Sony and Chandos.

Few conductors bring such musicianship and engagement to the world’s great podiums—from Berlin, Amsterdam and Tel Aviv, to New York, Chicago and Sydney. Mr. Oundjian has also appeared at some of the great annual gatherings of music and music-lovers: from the BBC Proms and the Prague Spring Festival, to the Edinburgh Festival and The Philadelphia Orchestra’s Mozart Festival, where he was Artistic Director from 2003 to 2005.

Mr. Oundjian was Principal Guest Conductor of the Detroit Symphony from 2006 to 2010 and Artistic Director of the Caramoor International Music Festival in New York from 1997 to 2007. Since 1981 he has been a visiting professor at the Yale School of Music and earned the university’s Sanford Medal for distinguished service to music in 2013.

Augustin Hadelich is one of the great violinists of our time. From Bach to Brahms, from Bartók to Adès, he has mastered a wide-ranging and adventurous repertoire. Named Musical America’s 2018 Instrumentalist of the Year, he is consistently cited worldwide for his phenomenal technique, soulful approach, and insightful interpretations.

Mr. Hadelich’s 2020-21 season culminated in performances with the San Francisco Symphony of the Brahms Violin Concerto, conducted by Esa-Pekka Salonen. Starting off Mr. Hadelich’s 2021-22 season is his debut with the Berlin Philharmonic, playing Prokofiev’s Violin Concerto No. 2 with Gustavo Gimeno on the podium. Shortly thereafter, he will perform with the South Netherlands Symphony Orchestra the premiere of a new violin concerto written for him by the Irish composer Donnacha Dennehy.

Mr. Hadelich is the winner of a 2016 Grammy Award—Best Classical Instrumental Solo—for his recording of Dutilleux’s Violin Concerto, L’Arbre des songes, with the Seattle Symphony under Ludovic Morlot (Seattle Symphony Media). A Warner Classics Artist, his most recent release is a double CD of the Six Solo Sonatas and Partitas of Johann Sebastian Bach.

Born in Italy, the son of German parents, Mr. Hadelich is now an American citizen. He holds an Artist Diploma from The Juilliard School, where he was a student of Joel Smirnoff. After winning the Gold Medal at the 2006 International Violin Competition of Indianapolis, concerto and recital appearances on many of the world’s top stages quickly followed.

Mr. Hadelich plays the violin "Leduc, ex-Szeryng" by Giuseppe Guarneri del Gesù of 1744, generously loaned by a patron through the Tarisio Trust.