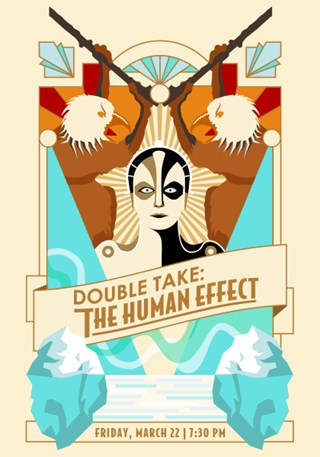 How do you react to a world that can feel so chaotic? Art, music and film give voice to our churning emotions and allow us to find community in our beliefs. Is this the artist’s responsibility? Members of the orchestra step forward as hosts for this one-night-only event, where they’ll search for answers, and imagine our future, present and past through art that stirs, inspires and empowers.

Witness this innovative event where the creative forces of Fellows and MTT collide. Be part of the conversation as these works tackle tough, relevant topics like oppression, economic disparity, racial tension, environmentalism, spirituality and automation.

The hosts invite ticketholders to a pre-concert art display by local visual artist and educator Shilouh, and a post-concert Q & A in the performance hall to continue the discussion.

Your Double Take ticket comes with a free subscription to The New Tropic, Miami’s essential newsletter.

CLICK HERE FOR BLOG POSTS BY THE DOUBLE TAKE FELLOWS! 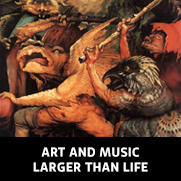 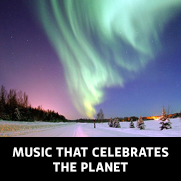 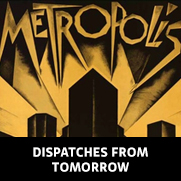 CLICK HERE FOR A DOUBLE TAKE FEATURE ON THE GOODFELLOWS PODCAST!

Double Take: The Human Effect is designed by Fellows Mark Grisez, Joseph Peterson and Kip Riecken under the mentorship of NWS Artistic Director, Michael Tilson Thomas. Fellow-driven projects are made possible with the support from the Maxine and Stuart Frankel Foundation and the American Orchestras' Futures Fund, a program of the League of American Orchestras made possible by funding from the Ann & Gordon Getty Foundation.

III. The Temptation of St. Anthony

Mark Grisez, originally from Fresno, California, is a third-year Trumpet Fellow at the New World Symphony. He has most recently performed as Acting Associate Principal Trumpet of the San Francisco Symphony from 2014 to 2016, playing at Carnegie Hall, Royal Albert Hall, the Berliner Philharmonie, the Royal Concertgebouw, and other halls across Europe and the United States. He has also held the position of Principal Trumpet of the California Symphony in Walnut Creek and played during the summers as a fellow of the National Repertory Orchestra and the Tanglewood Music Center. In May of 2015 he was named Musical America’s New Artist of the Month.

Mr. Grisez received his bachelor's degree in music performance in 2015 from the San Francisco Conservatory of Music, where he studied under David Burkhart and Mark Inouye. While in school, he was a member of the San Francisco Symphony Youth Orchestra, was avidly involved in multiple chamber ensembles and, alongside his brass quintet, represented the Conservatory at the Kennedy Center in Washington, D.C. for the Millennium Stage Conservatory Project.

Joseph Peterson is a third-year Trombone Fellow at the New World Symphony. Before moving to Miami Beach, he served as acting second trombone of the Charlotte Symphony for the 2015-16 winter season.

Mr. Peterson received his master’s degree from Northwestern University where he studied with Michael Mulcahy, Peter Ellefson, Randy Hawes, Doug Wright, Timothy Higgins and NWS alumnus Christopher Davis. During his time in Chicago, Mr. Peterson was also a member of the Civic Orchestra of Chicago and performed with the Chicago Symphony on several occasions. He received his bachelor’s degree from The Juilliard School, where he studied with Joseph Alessi.

Mr. Peterson has been a member of the Aspen Music Festival, Colorado Music Festival, Music Academy of the West, National Orchestral Institute, National Repertory Orchestra and the Tanglewood Music Center. In addition to the Charlotte and Chicago symphonies, he has also performed with the Colorado Symphony and the Louisville Orchestra.

A native of Bothell, Washington, Mr. Peterson’s teachers include Koichiro Yamamoto, Chris Olka, Hamod EbuEid and Peter Ellefson. He has performed with the Seattle Opera, along with being a soloist with the Seattle Symphony performing Ferdinand David’s Concertino. Some of the prizes that he has won include being the winner of the International Trombone Association’s Lewis Van Haney Competition, second prize at the Minnesota Orchestra’s Steven Zellmer Competition and the bronze medal at the wind division of the Fischoff Competition with the Lincoln Chamber Brass.

Mr. Peterson has also been involved in several teaching engagements including being an Ear Training Teaching Fellow at The Juilliard School, presenting a masterclass at Illinois State University, and has been a guest instructor at the NEOJIBA Youth Orchestra in Salvador, Brazil. Some of the distinguished conductors that he has played under include Charles Dutoit, Alan Gilbert, Bernard Haitink, Riccardo Muti and Christoph von Dohnányi.

Second-year Viola Fellow Kip Riecken guides listeners toward curiosity and discovery of personal meaning as they engage with works of music. He has performed with the Chicago Symphony and collaborated with Yo-Yo Ma, Robert Hanford and other eminent musicians.

As fellow and co-principal violist the Civic Orchestra of Chicago, Mr. Riecken worked to bring music out of the performance hall to connect with new audiences. He co-created interactive programs, recorded an album of music written and performed by youth prison inmates, and designed and implemented The Rediscovering Musician, a project providing a series of Alexander Technique lessons for two Civic musicians and exploring how the Technique’s principles guide individuals along unique paths of discovery.

Drawing on his experiences in Chicago, Mr. Riecken created Farm to Stage, an initiative connecting Miami-based New World Symphony Fellows with migrant farmworkers of South Florida. He looks forward to leading a group of current Fellows in a project increasing Spanish fluency within the orchestra.

Mr. Riecken grew up in Orlando and attended New York University and Florida State University, where he studied pre-health and German. He enjoys cooking, reading on various subjects and spending time outside.