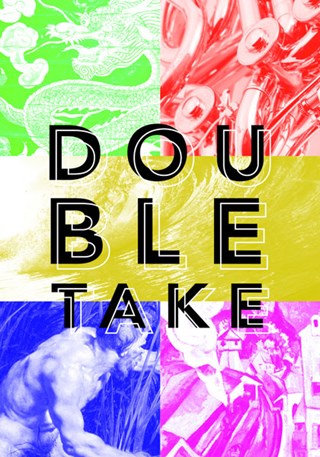 But we also want to show you our take, how we listen to it. And the ways that these composer’s lives and our lives intersect.

What's your take? Join us and find out.

This journey of impressions and emotions transports us from pastoral mysticism to intoxicating sensuality, to the wildness of the sea and the fantasies of mythical beasts. Plus, as always when the Fellows are in the driver’s seat, be prepared for a few surprises along the way. The experience continues following the concert, as the Fellows lead an insightful post-concert chat for further reflections and questions.

I. From Dawn to Noon on the Sea

Originally from Puerto Rico, Francisco J. Joubert Bernard is a second-year Bassoon Fellow at the New World Symphony and recent graduate from the Yale School of Music. He believes in the incorporation of new technologies and skills with the mature acoustical and refined music of the past. In his journey as a classical bassoonist he has won two prizes in the Conservatorio de Música de Puerto Rico soloist competition, as well as recorded professionally for labels such as Naxos Records. In other musical areas, he has been co-producer, as well as recording engineer, for many projects including the release of music on platforms such as Spotify.

Mr. Bernard completed his bachelor of music degree at the Conservatorio de Música de Puerto Rico, where he studied with Principal Bassoonist of the Puerto Rico Symphony, Adam Havrilla, and recently achieved his master of music degree from Yale University’s School of Music, under the tutelage of Frank Morelli.

As part of his professional orchestral playing, Mr. Bernard has been an active substitute-bassoonist for the Puerto Rico Symphony since 2013, playing in music festivals such as the Pablo Casals festival, and in performances with Joshua Bell, among others. In addition, he has been part of many summer music festivals such as the Sarasota Summer Music Fest, and, as part of the Zafra Quintett Ensemble, the Collegium Musicum in Germany, Imani Winds Chamber Music Festival, as well as the Sewanee Music Festival.

As a first-year Fellow at the New World Symphony, he looks forward to the fusion and innovation of classical music with other genres or with new mediums as for the reach of new audiences.

In the summer of 2016 Mr.  Brancazio was invited to participate as a visiting artist for the Maryland Wind Festival, a chamber music festival that commissions new works and arrangements of contemporary composers and performs selections from the standard repertoire. Along with his performance career, he enjoys teaching beginning horn students in lessons and sectionals.

Originally from Chapel Hill, North Carolina, Mr. Brancazio began studying horn with Andrew McAfee, former Principal Horn of the North Carolina Symphony. He received a bachelor of music degree in 2014 from the New England Conservatory, where he studied with Jason Snider and Richard Sebring of the Boston Symphony. He completed his formal education in 2016 by receiving a master of music degree from the Peabody Institute of the Johns Hopkins University, where he studied with NWS alumna Denise Tryon and was awarded the Harold Randolph Prize in Performance.

Blake-Anthony Johnson, a native of Atlanta, is a first-year Cello Fellow at the New World Symphony. When not performing, he splits his time between arts administration, and his hobbies of cooking, hosting dinner parties and running. His multifaceted career has included work as a performer, collaborator, recording artist and educator. Self-taught until the age of 18, Mr. Johnson has developed a diverse professional career as a guest principal cellist, chamber musician, soloist and recitalist around the globe. He has recorded works by Richard Danielpour, Claudio Gabriele and Poul Ruders, and has previously been featured on NPR’s From the Top with Christopher O’Riley and What Makes It Great with Rob Kiplow.

Passionate about chamber music, Mr. Johnson is a founding member and former cellist in the Läc Quartet. As the recipient of the Vanderbilt Music Académie grant, the quartet received commissions and residency in the Festival d’Aix festival held in Aix-en-Provence, France. Past solo and chamber engagements include the Spoleto Festival U.S.A., Lev Aronson Legacy Music Festival, National Repertory Orchestra and Brevard Music Festival. Mr. Johnson's 2016-17 season highlights include his solo debut with the Cincinnati Symphony, as well as his solo debut in Japan on tour with the New York Symphonic Ensemble.

Mr. Johnson is a prizewinner in the MTNA Young Artist Competition, the World Competition, the Daniel Rains and Brevard Music Festival Concerto competitions. He received his bachelor of music degree under Felix Wang and Kathryn Plummer while attending the Blair School of Music at Vanderbilt University, later studying under Bryan Dumm and Alan Harrell of the Cleveland Orchestra for his masters of music degree. Mr. Johnson's professional studies degree was completed at the Manhattan School of Music in the Orchestral Performance program. Additional studies were with Martin Löhr, Aline Champion, David Geber, Alan Stepanksy, Alan Rafferty and Wolfram Koessel.

Chloe Tula is a first-year Harp Fellow at the New World Symphony. A versatile and in-demand musician, she has performed in venues ranging from Carnegie Hall to the great outdoors of the Rocky Mountains. Her most notable orchestral engagements include performances with the Houston Symphony and Santa Fe Opera.

Equally at ease as an orchestral musician and soloist, Ms. Tula has established herself as a prizewinning harpist since making her solo debut with the Milwaukee Symphony at the age of 16. In 2014 she won the Anne Adams Awards, a biennial national competition sponsored by the American Harp Society.

Having had the support and inspiration to pursue music since her upbringing in the Wisconsin countryside, Ms. Tula finds opportunities to pay it forward. She was a recipient of the Sviatslov Richter Fund for Music Outreach for performing a recital series for children in hospitals throughout the Texas Medical Center in 2017. She continues to work closely with her hometown youth orchestra—the Milwaukee Youth Symphony—to maintain a scholarship fund for students, in memory of her late father.

Ms. Tula received her bachelor’s degree from the Shepherd School of Music at Rice University, where she studied with Paula Page, former Principal Harpist of the Houston Symphony. When she is away from the harp, she enjoys experimenting in the kitchen, and is currently cooking her way through Julia Child’s Mastering the Art of French Cooking.