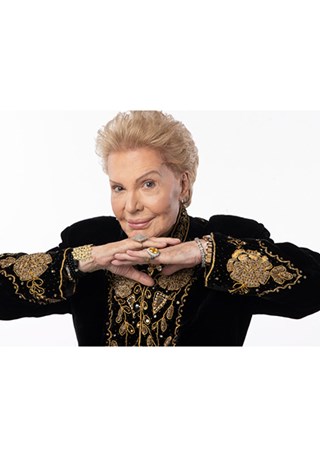 Screening is free and open to the public.

Extravagant Puerto Rican astrologer legend Walter Mercado charmed the world for over 30 years with his televised horoscopes. Equal parts Oprah, Liberace, and Mr. Rogers, Walter was a celebrated daily part of Latin culture—until one day in 2007 he mysteriously disappeared from the media landscape. Over a decade later, the filmmakers find Walter and invite us into his home and interior world as he prepares to restore his legacy in the public eye. The film explores Walter's complex story from the rural sugarcane fields of Puerto Rico to international astrology superstardom, rising above all doubters with a message of love and hope.

Filmmakers Kareem Tabsch, Cristina Costantini, and Alex Fumero will be in attendance to participate in a pre-screening Q&A.