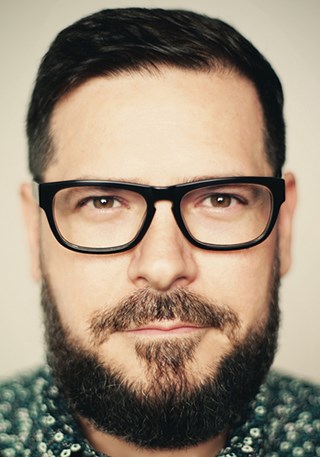 Happy New Year, from the New World Center’s Knight New Media Center! Known for its efforts to integrate state-of-the-art technology with music performance and education, NWS not only takes a leading role in bringing 4K UHD technology to the world of classical music, but also is one of the first cultural institutions in any field to fully adopt the format across all its major programming.

NWS Insiders will meet Clyde Scott, the New World Symphony’s Director of Video Production/Resident Projection Designer, for a behind-the-scenes online tour of the room where it happens. How do we script an online concert? How many cameras are on stage? Clyde will answer your burning questions and share how he and the NWS Media team are exploring the future of how classical music is experienced.

This live event is exclusive to NWS Insiders. Click here to become a founding member of NWS Inside.

RSVP to nwsinside@nws.edu by Monday, January 3 at 5:00 PM ET. Instructions on how to join will be sent to the email address associated with your NWS Inside account on January 4.

Clyde Scott is a director and projection designer. He has created national commercials, visuals for stadium concert tours, short films and works of video art made to synchronize with live performances of classical music.

In the mid-1990s Mr. Scott founded Electric Sheep, a Miami Beach-based design boutique specializing in motion graphics, where he crafted film and broadcast visuals for clients such as Disney, Shakira, MTV, Sony and Caravan Pictures. In 2001 he joined the staff of the New World Symphony and in the following years worked closely with architect Frank Gehry and Gehry Partners on the unprecedented integration of video and projection technology into the New World Center. Mr. Scott is now the organization’s Director of Video Production, leading a seven-member team that works with Michael Tilson Thomas, guest artists and the New World Symphony’s Fellows to find innovative ways to merge video and classical music in performance and education.