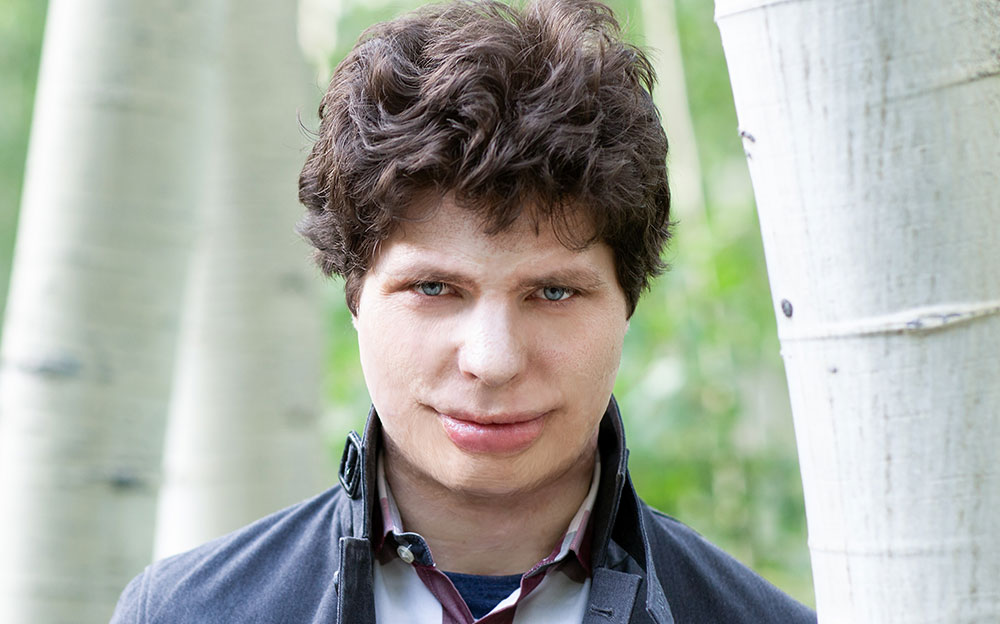 Famed violinist Augustin Hadelich will join conductor Peter Oundjian and the NWS Fellows this weekend, December 1 and 2, for a performance of Benjamin Britten’s Violin Concerto, marking the first ever performance of the work here at NWS. Violin Fellow Katherine Kobylarz spoke with Augustin about this very special, extremely demanding work in anticipation of Saturday and Sunday’s performances. Click here for more information.

Benjamin Britten is perhaps most well-known for his many operas and other vocal repertoire, while his Violin Concerto spent many decades in relative obscurity outside of the composer’s home country of England. On why the Concerto was initially programmed so infrequently, Augustin Hadelich said, “I think this was mainly because it is technically so difficult that few soloists (aside from a few fearless ones like Ida Haendel) decided to take on the challenge! It’s only over the past 20 years that it has finally established itself as one of the most important concertos of the 20th century, alongside Bartók’s Second, Shostakovich, Berg and Prokofiev.”

Even Hadelich himself was not familiar with the Concerto as a child. “When I first heard it in 2005, I was immediately drawn in by the work,” he said, “the lyrical beauty of the first movement, the energy of the second movement, the pyrotechnic, passionate cadenza and then the incredibly moving passacaglia. I knew right away that I wanted to learn it and play it!”

Britten wrote the Concerto alongside Spanish virtuoso violinist Antonio Brosa, who premiered the piece and collaborated with Britten on revisions of the solo part. Together they crafted a Concerto that demands incredible virtuosity from anyone who wishes to play it—the performer’s left hand is expected to accommodate great stretches and contortions and the right hand must also be extremely athletic.

“The Violin Concerto is one of Britten’s early works,” said Hadelich, “and he was perhaps a bit over-enthusiastic about using every possible extended violin technique, from difficult double-stop runs, octaves, tenths, double-stop artificial harmonics, up-bow staccato, and even asking the violinist to pluck the strings with the “free” fingers of the left hand while bowing a held note normally!”

Brosa’s suggestions likely made the Concerto even more difficult than Britten originally intended, sometimes asking the soloist to execute phrases on a particular string, requiring dangerous leaps to high positions, or with an atypical bowing, such as the patterns of all up-bows in the first movement. “It’s the level of difficulty that can otherwise be found only in some works of Paganini, and is a bit daunting at first,” Hadelich said. “I feel though that the technical difficulty is always in the service of the music, not for its own sake—sometimes the strain of the performer is actually the point; if the piece was too easy, it would not communicate the struggle and anguish that Britten was going for!”

A year after he began work on the Violin Concerto, Britten and his partner, Peter Pears, moved to America, as Europe was becoming increasingly war-torn. “Britten was a passionate pacifist, and was deeply affected and shaken by the Spanish Civil War, and this work can be seen as a kind of requiem for the dead of that horrific war,” Hadelich explained. The score for the Concerto was completed in Canada that same year and then premiered by the New York Philharmonic in 1940. 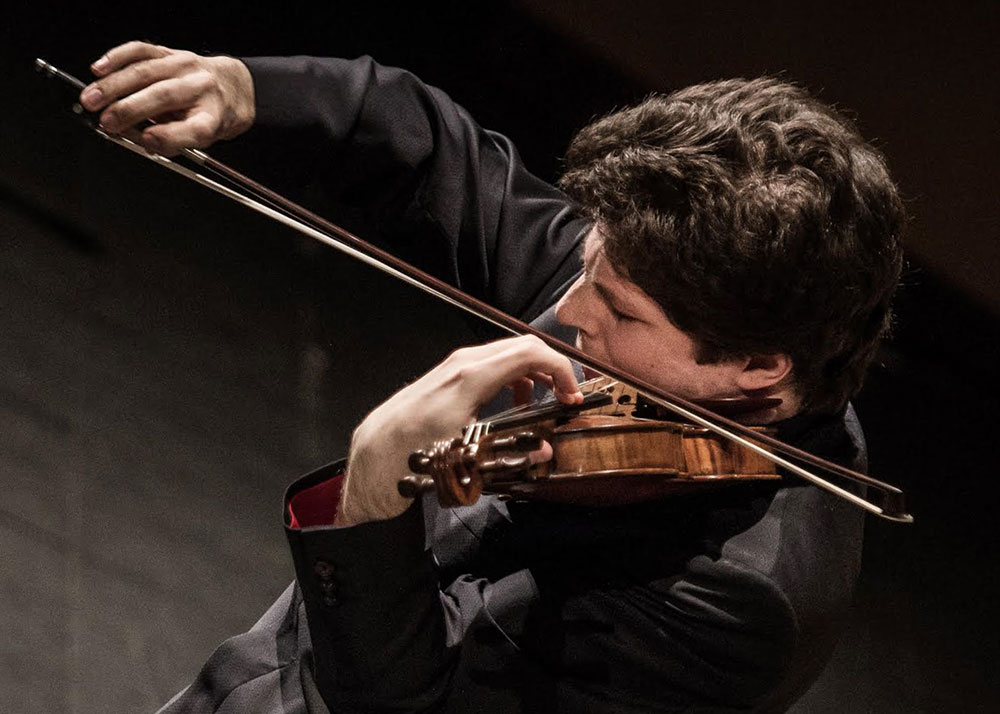 Although tonality is often ambiguous in Britten’s Concerto, the piece is extremely engaging from start to finish and there are many motives and characters to trace throughout. Soaring melodies in the high register of the violin are contrasted with percussive ideas, all while Britten employs restraint in his use of a particularly large orchestra.

“The first movement is still quite serene, opening with a four-note motive in the timpani, which is clearly an homage to the Beethoven Violin Concerto,” said Hadelich. “I wonder if the first movement is Spain before the horror of the war, the second movement is the conflict and the third movement is Britten trying to come to terms with these events? There are Spanish rhythms and intervals strewn throughout the piece, but in a subtle manner, so it never becomes a “Spanish” piece in the French tradition.”

Hadelich continued, “The second movement is influenced by Prokofiev’s first Violin Concerto, and is relentless and percussive, with an exotic and seductive second theme, with Spanish intervals and slides. During a wild cadenza, the violinist tries to come to terms with everything that has happened.”

Britten was particularly interested in Baroque music and forms, especially the music of Bach and 17th-century English composer, Henry Purcell. This influence is seen clearly in the last movement of Britten’s Concerto, written in the form of a Passacaglia. The passacaglia originated in early 17th-century Spain and is typically characterized by a repeated bassline and dark sonic colors.

“There is immense anguish in this movement, reflecting Britten’s feelings about the war,” Hadelich said. “He wants to come to terms with it and find hope, but he never quite gets there, and the work ends in-between major and minor, unresolved. For the pacifist Britten there could be no redeeming quality of war, no silver lining, and no resolution of its horrors. I can’t describe the feeling after I finish the work—it can actually be hard to talk at first, and it is!”

When it comes time for performances, which for a busy artist like Hadelich, could often be several nights a week, he has a set ritual. “On concert days I usually eat a big Italian lunch (I grew up in Italy and love eating pasta! It gives me lots of energy for a performance). Usually the last hour before the concert I go through the piece in my head and start warming up. By the time I go on stage, I want to be already completely immersed in the world of the piece.”

“I love playing with big orchestras in grand halls in front of large audiences, because it’s such an adrenaline rush!” said Hadelich. “However, the best thing about being a violinist is that most of the time you play with other people—it is not a solitary activity, and the collaboration with others always keeps things fresh and exciting!”