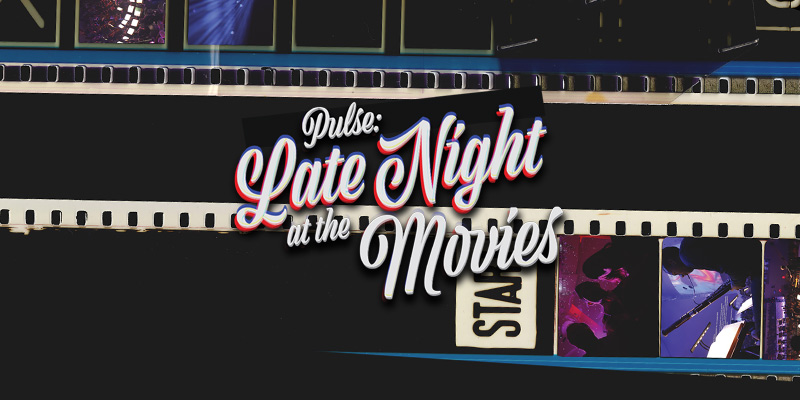 Beginning in the late 1800s, when silent films captivated audiences around the globe, arguably the most important character in any film was its live musicians, as they architecturally conceivied a sonic palate to accompany each cinematic experience, setting an emotional compass for the film. The role of music in a film is paramount. Through style, musical idiom and harmonic language, music becomes the heart of any movie and infuses life in every frame.

Film scores ensure there’s no expiration date to one’s movie-going experience. Long after the credits have ended, the soundtrack provides countless opportunities to be transported back into a world dreamed up by the most passionate and creative minds in the entertainment industry as you relive your favorite moments, characters and scenes for years to come. This is the true power of music in film.

Many of the following samples are of musical scores you will hear live at Pulse: Late Night at the Movies this Friday, January 19 at 9:00 PM. Experiencing each of these samples with and without music will illustrate the influence and magnitude of the film’s score and how the director wants you to feel about characters and situations within the movie.

Main titles set the tone for the film and the emotions the composer wants the audience to feel at the onset of the screening. I invite you to mute and un-mute this first sample, 2001: A Space Odyssey (1968). Its opening is set to Richard Strauss’ Also sprach Zarathustra and defines the weight and emotion of the opening scene. (In fact, nearly half of the film’s music appears before the first line of dialogue ever takes place!)

Scenes are a snapshot of emotion often shared by characters within a film. The role of music in each of the following scenes help to showcase certain emotions dictated by the director. Whether it’s the budding romance between Peter Peters (“Petrov”) and Linda Keene in Shall We Dance (1937) or Dominick Cobb (“Dom”) working to extract vital information through a shared dream world in Inception (2010), music offers invaluable emotional cues and provides a sense of place.

Shall We Dance (1937); Promenade, Music by George Gershwin

Here are two of my favorite examples of scenes set without music. Feelings of emptiness, awkwardness, and loss of awe-inspiring moments have taken place in these two otherwise very powerful scenes. (I dare you to hold your laugh in at Chewbacca’s voice!)

Sample without music (Fan Made):

Jurassic Park (1993); Journey to the Island, Music by John Williams

These are just a few of the many examples that show the influence of music and how it's helped define many of the most beloved characters in cinema. Our upcoming Pulse: Late Night at the Movies will be an evening of storytelling through music, and a unique opportunity to relive and re-imagine feature films that have helped shape lives, both past and present.