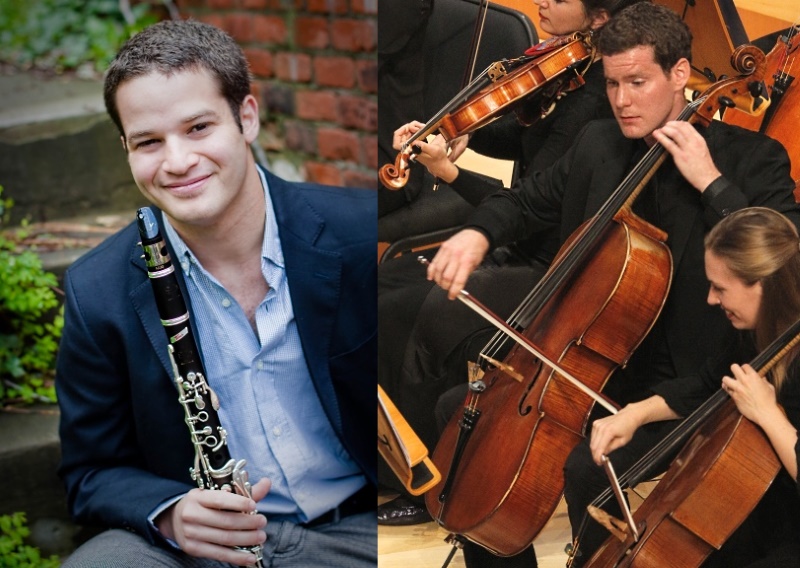 The first New World Symphony concerto competition was held twenty years ago, in March 1996. NWS Fellows have vied each fall for the past two decades to be among those several who are chosen to be soloists at the prestigious concerts that follow in the spring. It is also a chance for Fellows to highlight all of their instruments, from violin to piano, from flute to clarinet to tuba, and many more over the years.

The competition was held in December, with judges Alan Rafferty, Richard Ranti and Craig Morris presiding. The winners were announced shortly thereafter, giving the three winners adequate time to prepare for their concert performances.

The judges also awarded an ‘honorable mention’ to Ju Hyung Shin for his performance of the Sibelius Violin Concerto. They also thanked and commended everyone who participated in the competition for the high level of artistry exhibited throughout it.

The conquerors of the concerto competition are second-year Clarinet Fellow Ran Kampel who is also a clarinetist with the New West Symphony; first-year Violin Fellow Rebecca Reale; and former first-year Cello Fellow Austin Fisher who recently started the position of Assistant Principal Cello of the Colorado Symphony.

On Saturday, February 20 at 7:30 PM and Sunday, February 21 at 2:00 PM, they are featured in the New World Symphony’s annual Concerto Showcase.

We asked the three musicians to share their thoughts on this concert experience.

Ran: “I’m very excited to be performing Carl Nielsen’s clarinet concerto this coming weekend with my amazing colleagues at the New World Symphony. This piece, which ended up being Nielsen’s final orchestral work, showcases the essence of Nielsen’s compositional style, which consists of a vigorous declamation of rugged yet elegant optimism.

"This is one of my favorite clarinet concerti due to the fact that it explores all the different sonorities, colors and capabilities of the clarinet as a solo instrument. The soloist is asked to switch instantly between rustic folk-like melodies, beautiful long singing lines, and fast virtuosic technical passages.

"The Danish clarinetist Aage Oxenvad, for whom Nielsen wrote this concerto, said about this concerto - ‘he [Nielsen] must be able to play the clarinet himself, otherwise he would hardly have been able to find the most difficult notes to play!’ ”

Austin: “Schumann's Cello Concerto is an intimate, romantic work composed in an unusual concerto form. Each movement is connected by transitional material which seamlessly leads one movement into the next. The solo cello and the orchestra interact in a conversational style throughout the piece, rather than just as soloist with accompaniment. This gives the concerto a distinctive, more personal feel along with the poignant, poetic lyricism incorporated into the solo part by Schumann. The 2nd movement is one of my favorite moments in all of classical music and is such a beautiful homage to his wife, Clara Schumann. The piece ends with a surprising, mysterious accompanied cadenza that leads into a boisterous coda to bring the piece to an exciting close

Rebecca:  "I feel incredibly lucky to be performing one of my favorite violin concertos with New World this weekend. Mozart wrote five violin concertos, and I will be playing his last - "Violin Concerto No. 5 in A Major." The concerto opens with an orchestra tutti, then the solo violin enters unexpectedly with gorgeous, slow and lyrical adagio which flows into the Allegro. Mozart plays around with the key a minor only for a short while, then the movement finishes after the recapitulation. The second movement is a sublimely beautiful Adagio. Throughout the movement, the lush harmonies wander unpredictably. It is presented in two sections and closes after a short cadenza. FInally the third movement is a delightful and playful Rondo. This is where the concerto got its nickname "Turkish." There is a lengthy section in the movement that is in the key a minor. In this section, the lower strings actually hit the string with their bows, creating a percussive effect. This creates a rustic, dense and "Turkish" flavor.

"The whole piece has such a youthful, humorous feel to it. Since Mozart wrote so many operas, it is very easy to feel the influence of opera in this concerto. One can almost hear dialogue between a soprano and a baritone, or see various characters scurrying around the stage in costume, or imagine a soprano aria being sung through the violin. I've enjoyed learning this concerto so much and can't wait to perform it with my colleagues this weekend." 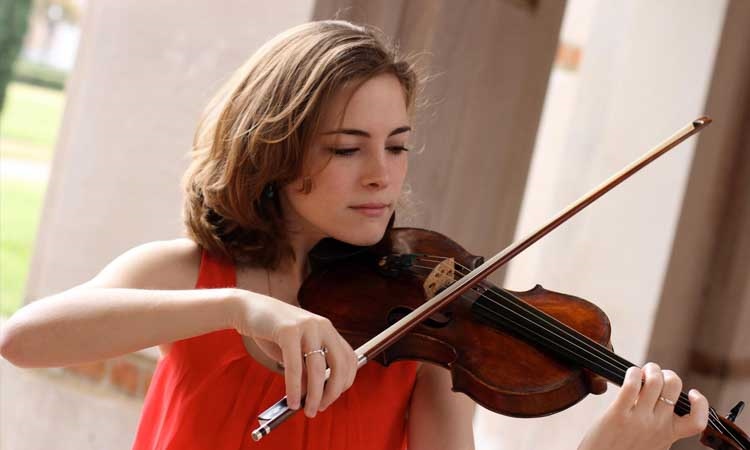