When I left off in the last blog post, I was on my way to Houston to pursue my master's degree at Rice University. My new trumpet teacher, Charlie Geyer, would have many pieces of wisdom to share over the next few months, but one of the nuggets he offered early on has stuck with me in particular. He suggested I should be prepared to leave behind things that I thought I knew about trumpet and music. He wasn't out to contradict the words of every teacher I'd ever had, of course not, or even suggest that I had learned everything wrong. But he was inviting me to entertain the possibility that in order to grow both now and in the future, there may come moments in which I will have to re-examine and move beyond a long-held habit or belief about music, trumpet or even life.

It's a scary idea at first to even consider pulling a single block out of the tower that was my music career. It’s a project on which I’d spent most of my life at this point and had at different times associated closely with my identity and value, not just as a musician, but as a human being (which, from personal experience, I would highly discourage). But I would soon recognize that the performances of which I would be most proud were the ones in which I was willing to take a second look at beliefs I took for granted, especially the beliefs that I had to feel in control, know what was going to happen next, and be fully confident in myself in order to perform my best. 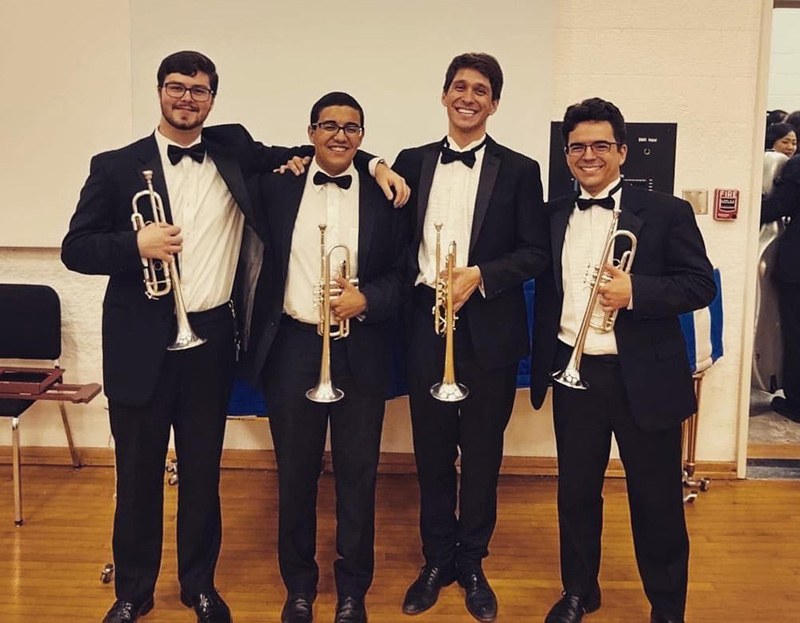 The first big learning opportunity came right as I began my studies at Rice. The school symphony orchestra was performing Gustav Mahler’s Fifth Symphony for the opening concert of the year, and I had the privilege of playing the part of first trumpet. Mahler’s symphonies are enormous not just in their scope but in their depth; he famously said, “A symphony must be like the world. It must contain everything.” His Fifth Symphony is overflowing with every human experience from anguish to laughter to sarcasm to rapture. No less, it prominently features the principal trumpet and horn players as soloists. Almost every major orchestral trumpet audition asks candidates to perform something from this piece. And now, after all that pomp and circumstance, it was finally my turn to play it.

But instead of fighting it, I began to get curious about this feeling. What would it be like, for example, to let the fear happen, let myself feel whatever I was feeling instead of trying to feel more confident, more focused or more expressive? What if this need to feel confident, focused, or in the flow in order to play my best was something I had learned rather than a prepackaged requirement of being a performing musician? And if this was something I'd picked up along the way, could I also leave it behind, as Professor Geyer had suggested, and still play the way I wanted to in any moment?

I experimented with this thought over the course of the orchestra’s preparation to perform the symphony (in a college setting, orchestras often spend a month or sometimes more on a concert program, which proved to be another opportunity for me to grow and learn, as I was more used to the fast turnaround of a week of rehearsal before the performance as you would see someplace like NWS). Whenever I missed a note, the inner reaction I had was strong: pull into your shell; get a grip; whatever you’re doing, it isn’t working; change course. Of course, the urge to fix a mistake was there, but it was separate from the urge to fix how I was feeling; that is, I could plan not to miss a note next time even as the pangs of initial panic were still ringing from the big exposed split note I'd played over the orchestra just moments before. Fixing how I felt was not a prerequisite for fixing a mistake, in other words.

We performed the Symphony twice, a Friday night and a Saturday night. I remember on one of those nights, during the big opening trumpet solo that starts the whole piece (if you don't play, the Symphony doesn't happen!), something occurred. A thought that I would guess every brass player has experienced in their life at some point or another: “I'm gonna miss that high note coming up.” It was like a premonition; right here in the concert, the only person playing right now, there was no way I wasn't going to miss that note. And I believe that in the moment, if I had gone with my usual reaction to this thought coming up (“That’s a bad thought! I need to make it go away!”), I would have indeed missed the note. But instead, I allowed the certainty that I was about to split a note in one of the most important moments in the orchestral trumpet repertoire, live in front of an audience, to just happen. And I didn’t miss.

Contrary to what I had believed before, it now seemed that no feeling, thought or state of mind was ever categorically blocking me from performing the way I wanted to. I began to apply this lesson to every performance, learning experience and new project I could think of, including at long last making new Curious Musician videos.

Next Time on The Curious Musician… 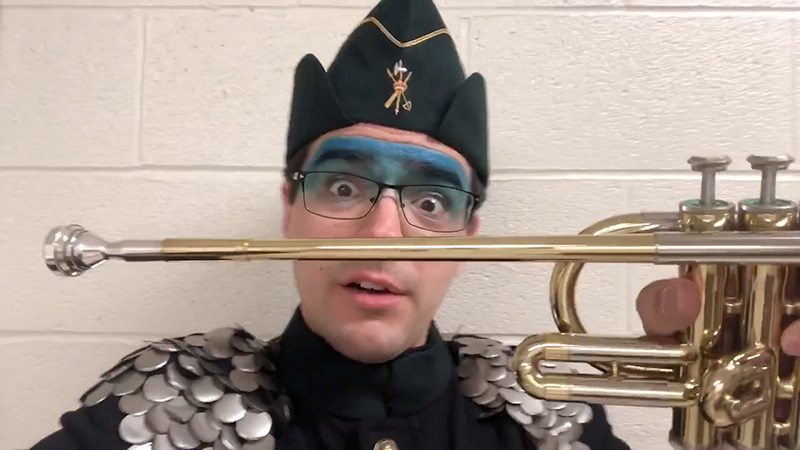 Historically, making videos to post online was a slow and incredibly involved process for me. I would spend hours, days or in some cases weeks refining a single five- or six-minute video to make sure that whatever I said or conveyed in the run-time reflected my intended message exactly. That slowness meant that with my other projects at NWS, like applying to and attending school, and taking auditions, The Curious Musician gathered dust on Facebook over about a year and a half. But it never left the back of my mind. I missed making videos regularly, and I especially missed the conversations and connections that sprang up around them. And with my new revelations playing Mahler’s Fifth, I realized that this “need” I had to perfect my videos before publishing might be another learned habit rather than an inherent feature.

In January of this year, I premiered what you might call “Season Two” of The Curious Musician. I started uploading a new one to three-minute video every day, which I recorded and edited completely on my phone. The basic idea was the same—I wanted to share new and weird ideas with people, ask unexpected “what if” questions, and see what creative possibilities they unveiled—but now, it was in the field rather than a studio, documenting my process, what I was thinking about, and what musical territory I happened to be exploring at the moment. I also began to see the value of sharing some of the lessons I’d learned about the “inner game”—thoughts, feelings, different mindsets I’d experienced either in the practice room or onstage. As of this writing, I’ve recorded 77 daily videos, only missing one day as I was moving into my new home in Columbus a few weeks back.

Making a video everyday forces me to accept what I’ve found to be a much healthier model of creativity: iteration. As musicians, I think we’re very used to refining, refining, refining our craft every day in a small room, sheltering our unprepared solos and excerpts until they’ve reached a level of excellence that we deem good enough to share with others. I still feel the pressure to get these daily videos just right before I publish them, even though I’ve been making them for two months and the rapid release schedule means I don’t have much time at all for polish. I think there’s something to be said for perfecting one’s craft behind closed doors, in some cases. But sometimes, when it becomes the dominant model of practice, there’s a lot of shame, pressure and isolation that get intermixed with the music. It can make the music and the performance seem a whole lot more solid and frightening than they actually are. Taking a risk and putting it out there, no matter how prepared it feels, is one of the most vulnerable things we can do, and from experience, I’m starting to see just how valuable that vulnerability is, how far it has carried people before, and how far it may carry us yet as we move through frightening times. To be continued…