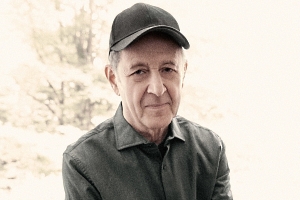 "The Legacy of Steve Reich, Arguably America’s Most Important Living Composer" is MTT's personal reminiscence of the legendary American composer Steve Reich. The article is subtitled "Michael Tilson Thomas weighs in on their friendship and the musician’s incomparable talent."

MTT recalls two concerts he was leading for the Boston Symphony Orchestra in the 1970s which featured Reich's works.

Reich is being feted this year in honor of his 80th birthday. He was just honored with a mini-festival at Lincoln Center in New York. In September, the San Francisco Symphony, led by MTT, will present two concerts devoted to Reich. And later in the fall, Carnegie Hall in New York will present an all-Reich program.

This past season NWS performed as featured work Reich's The Desert Music, in the Sounds of the Times New Music concert in April 2016. Reich has been a popular staple of the New World Symphony’s repertoire since 1988. And he actually had his own NWS Sounds of the Times concert on March 3, 2001, entitled appropriately enough “The Steve Reich Stuff.” The composer was in attendance and sat onstage talking about his works.

From the Herald, “Nearly 30 years ago when Michael Tilson Thomas performed Steve Reich’s Four Organs at Lincoln Center, there were boos and yells for the music to stop, mixed with applause to hasten its end… But Saturday night at Miami Beach’s Lincoln Theatre, Reich’s minimalist music was greeted with stormy applause…”

Reich returned to New World Symphony, digitally, on February 5, 2004. He appeared via Internet2 to "sit in" on a rehearsal of one of his works with NWS and MTT (see screencaps below).