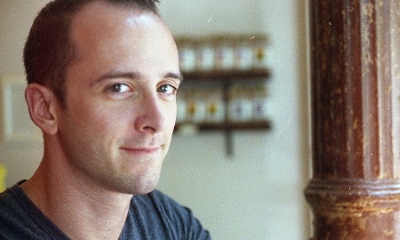 Music Director Osmo Vänskä and the Minnesota Orchestra announced today that Minnesota native Joseph Peters has won the position of Principal Oboe with the orchestra following an extensive audition process.

Peters, who most recently served as Principal Oboe of the Buffalo Philharmonic Orchestra, begins his Minnesota Orchestra position with concerts on December 31 and January 1.

“Joseph is an outstanding musician who will be a strong leader of this section,” said Music Director Osmo Vänskä. “We are excited to welcome him into the orchestra family and back home to Minnesota.”

Also active as a conductor, Peters conducts the Taneycomo Festival Orchestra and served as Music Director of the SUNY Buffalo State Philharmonia Orchestra and the Saybrook College Orchestra of Yale. Peters has led a variety of programs at the New World Symphony, including a collaboration with the Miami City Ballet, and he recently conducted a performance of Henze’s Kammermusik 1958 at Marlboro Music Festival. His conducting mentors include Michael Tilson Thomas, James Patrick Miller and Toshiyuki Shimada.

Committed to teaching, he was the oboe and conducting instructor at the SoBe Institute of the Arts and conducted side-by-side concerts for New World Symphony’s MusicLab program. He premiered Aaron Jay Kernis' On Distant Shores with New York's RIOULT Dance Company and has been involved in numerous other premieres by composers including Jocelyn Hagen, Polina Nazaykinskaya and Samuel Carl Adams. Peters received his bachelor’s degree from the University of Minnesota and master’s degree from Yale University. His teachers include John Snow, Stephen Taylor, Julie Madura and Marilyn Zupnik.

Filling the position formerly held by Basil Reeve, who retired from the Orchestra in 2012, Peters says, “I grew up coming to Minnesota Orchestra concerts and listening to this group - it has always been a special ensemble to me, and it's the sound I hear in my head when I think of a symphony orchestra. It's very meaningful to me to be coming back to play with the group that I admire so much. Many of the musicians have been my teachers and role models, and I'm excited to be back living near my family and contributing whatever I can to this amazing orchestra.”