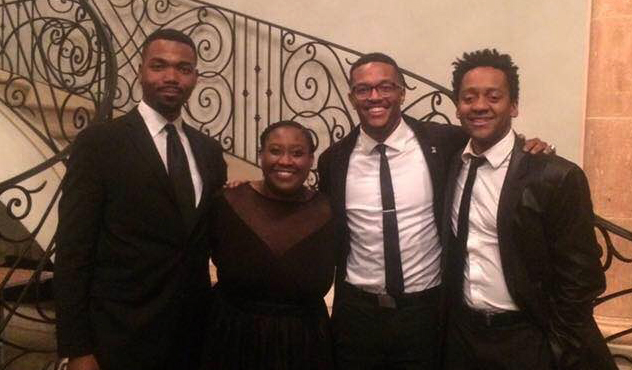 On Saturday, October 1, 2016, hundreds gathered at Rice University to celebrate the contributions and achievements of some of the university’s most accomplished alumni during the Association of Rice University Black Alumni’s (ARUBA) 50th Anniversary Gala.

Rice University admitted its first black undergraduates during 1965 and 1966. The gala was presented as an evening to commemorate 50 years of black undergraduate life since then and “reflect upon Rice's history, celebrate cultural heritage and inclusiveness, and foster the exchange of ideas across generations.”

The performance was held at The Bell Tower in Houston for a crowd of about 350, including Rice University President David Leebron, many Board of Trustee members and 50 generations of black alumni, some of whom were there when the law was passed first allowing blacks to enroll in the mid 1960’s.

“It was an incredible honor for my colleagues and I to have been chosen to be there,” Fuller said of the experience. “We performed music cycling through soul-inspired favorites such as Jackson 5, Michael Jackson, Marvin Gaye and music from the movie Selma. We also performed a compilation of tunes from the self-titled album, Beyoncé."

All of the music for the evening was arranged by violinist Chelsea Sharp, who received her bachelor's degree at Rice University and a master's degree at the University of Southern California.