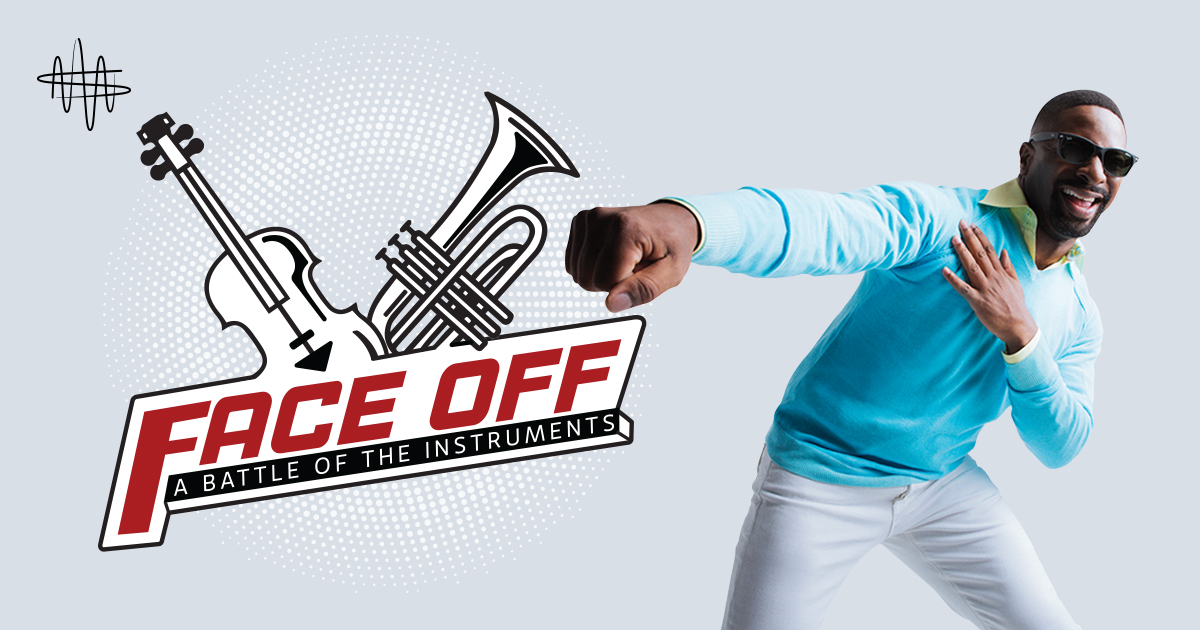 On January 5, the New World Symphony presented Face Off: A Battle of the Instruments, an interactive contest-competition hybrid where sections of the orchestra competed head-to-head to see which instrument would win. 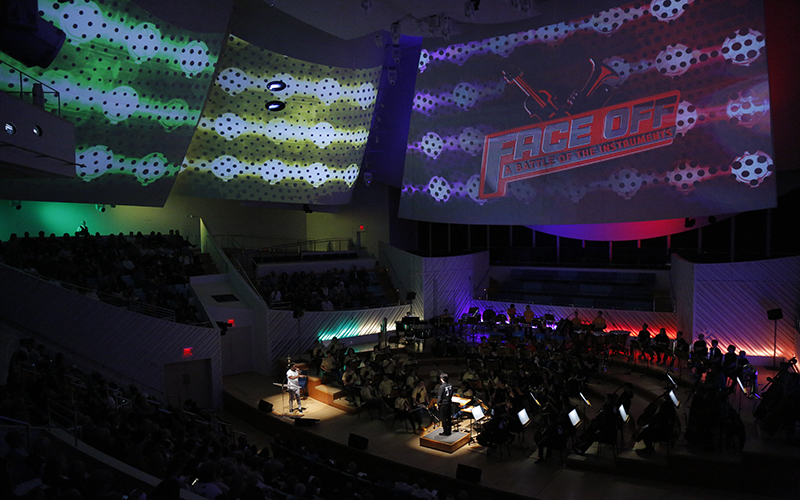 Face Off: A Battle of the Instruments was designed by three Fellows: Andrea Beyer (bass), Angelo Quail (clarinet) and Corbin Castro (horn). 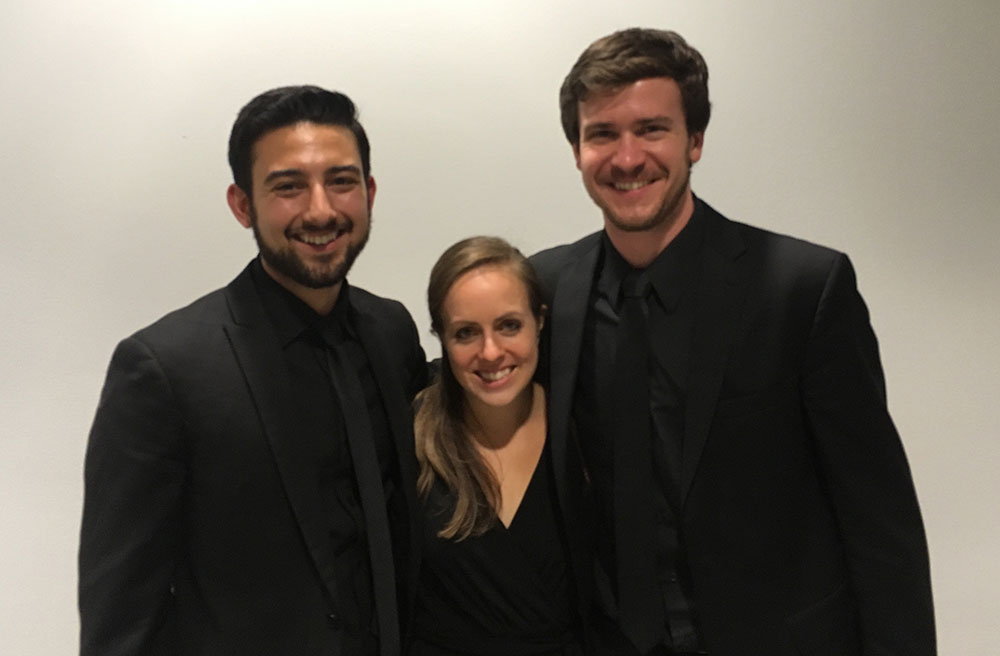 “One of the great things about being a New World Symphony Fellow is the many opportunities we have outside of the orchestra, one of which is to design and execute a concert for the main performance hall in the New World Center,” said project leader Andrea before the concert. “As a young orchestral musician, I want to get other people excited about classical music and show that it doesn’t fit the stereotype of being boring and elitist. With this concert, I’ll show that classical music is a fresh and fun form of entertainment by putting on a competition of instruments where they audience votes in real time, similar to shows like American Idol and The Voice.”

The host for the evening was Miami celebrity DJ, musician and mogul Irie, who energized the audience and provided instruction for their role as contest judges. 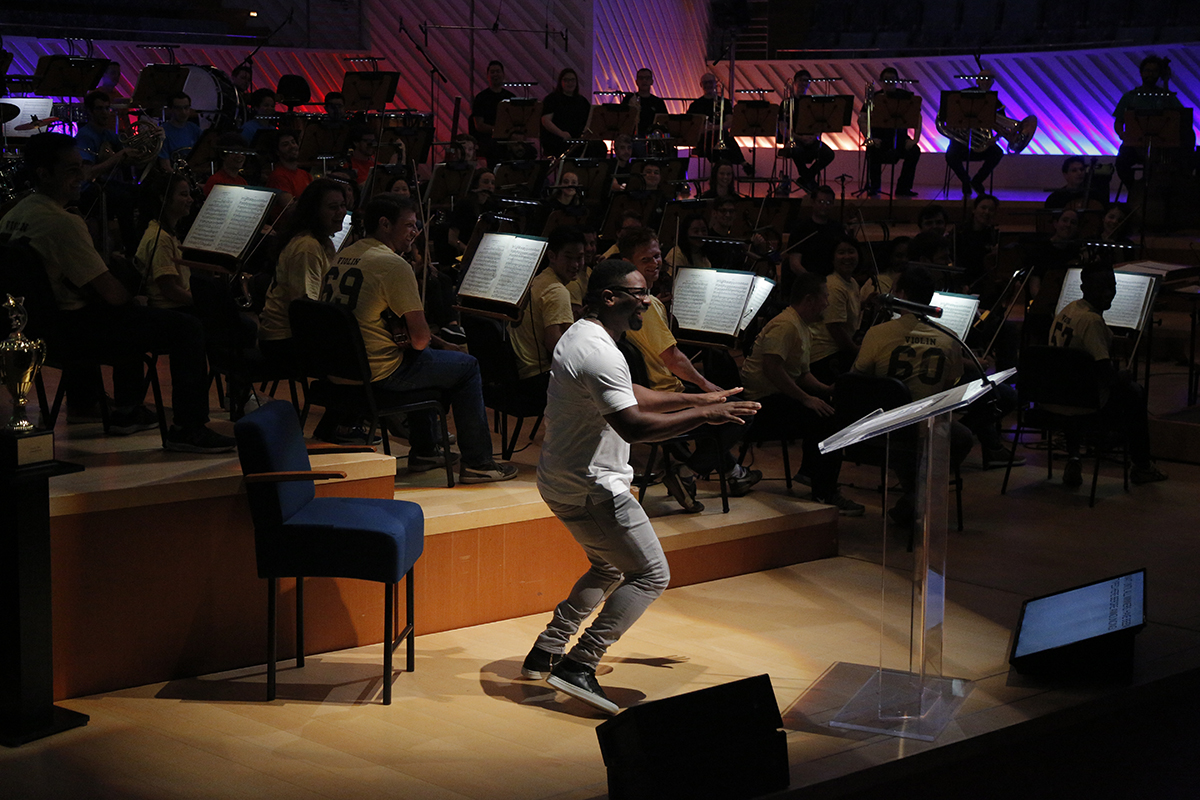 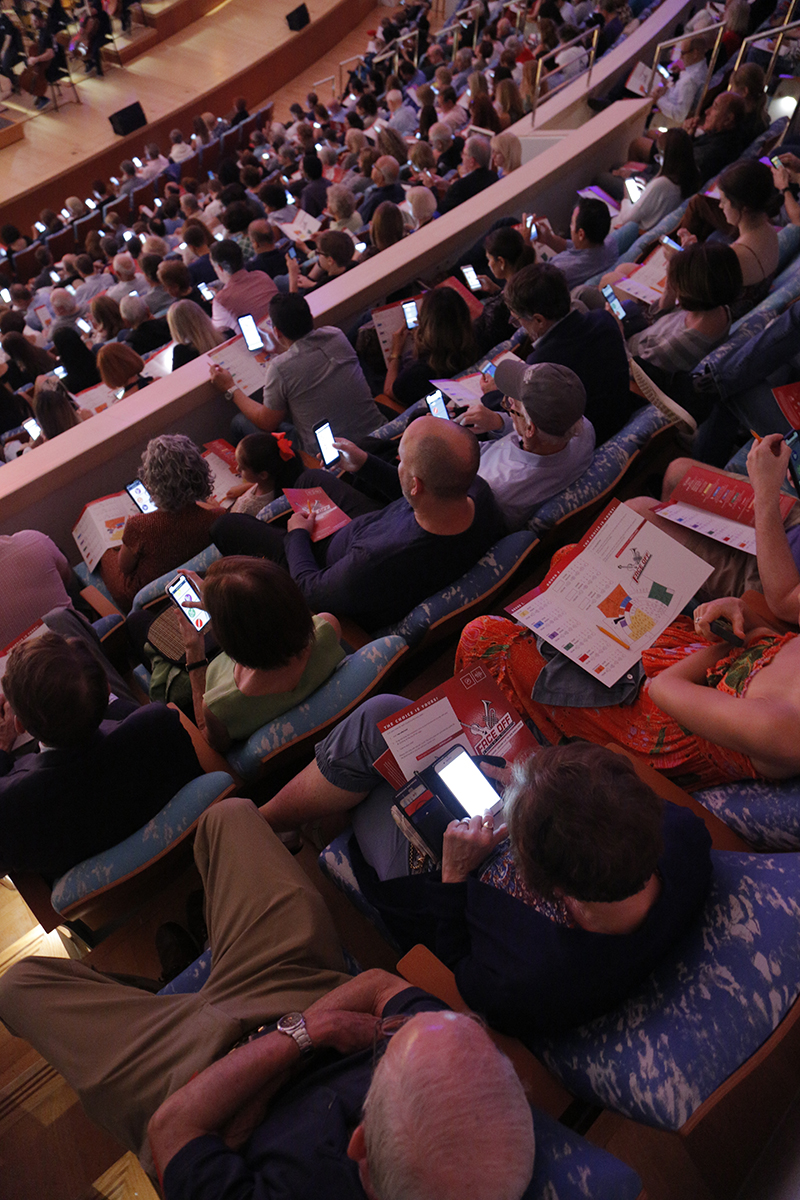 In addition to his work in the community through his Irie Foundation, DJ Irie is an international sensation with a contagious enthusiasm and larger-than-life personality. He serving as the official DJ of the three-time NBA World Champion Miami HEAT, Carnival Cruise Lines and superstar Jamie Foxx.

Face Off’s audience of over 500 voted online to choose the winner between the violins, horns, harp, basses, clarinets and percussion. 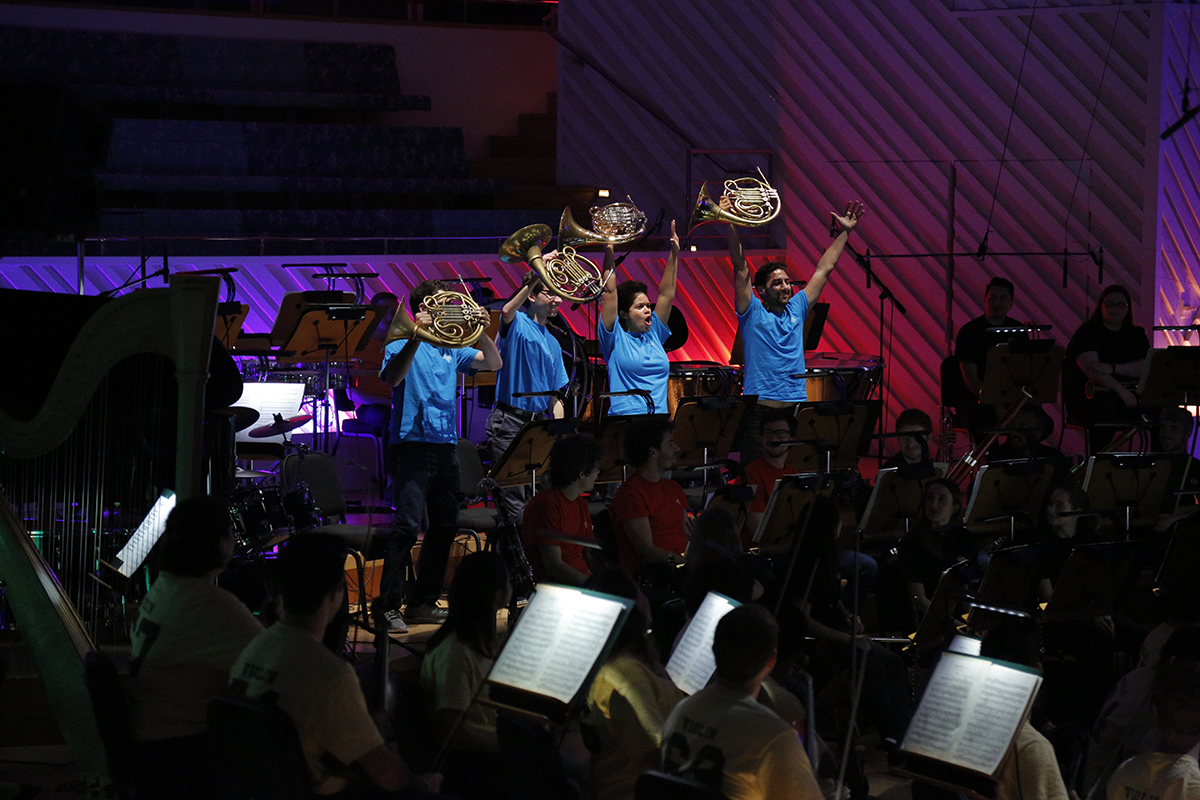 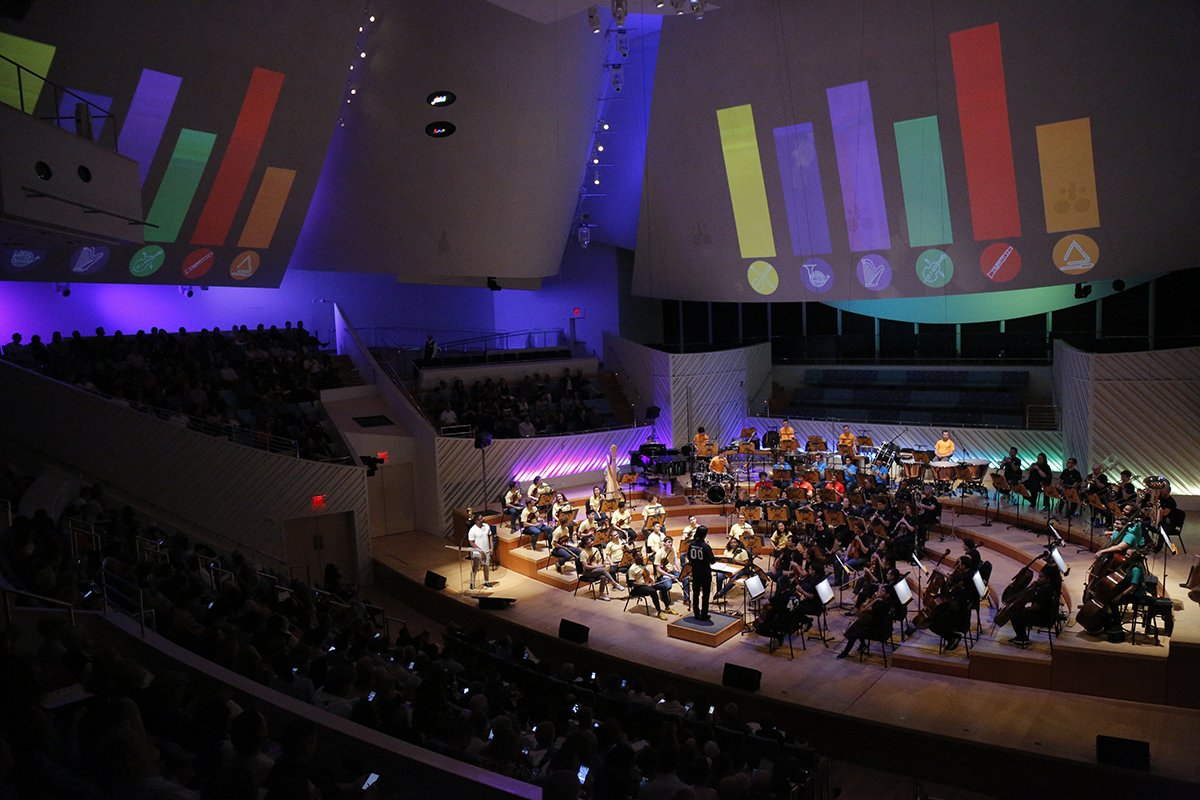 After two rounds of classical-music favorites by Tchaikovsky, Debussy, Mendelssohn, Bernstein and Britten, the violins reigned as the winners of Face Off.

Before the concert, Fellows enjoyed making fun pre-recorded videos for promotion and representing the competitors shown at the event.

“Planning and shooting the videos has been one of the most exciting parts of the concert, especially the video of “failed auditions” for the instruments who didn’t make it into the competition,” said Andrea. “We recruited some of our colleagues in the orchestra to come up with ridiculous characters, sometimes playing instruments they barely know how to play and one that doesn’t belong in the orchestra. Angelo and I were the judges.”

Audience members said Face Off: A Battle of the Instruments left them feeling happy, entertained, inspired and impressed, and Fellows not part of the design team found the new concert format fun and expressed interest in a repeat competition next season.

“Throughout this process, our team has seen a lot of the inner workings of NWS and the amazingly creative people who work here,” said Andrea. “There are so many details to a performance that we as musicians take for granted, like the advertising, the program design, and of course the important choices about what music to actually play. I now have a much better appreciation for all of the work that goes on behind the scenes for any given concert, and I am better informed about the role my non-orchestra member colleagues play in an organization.”

Don't miss the next Fellow-designed concert! 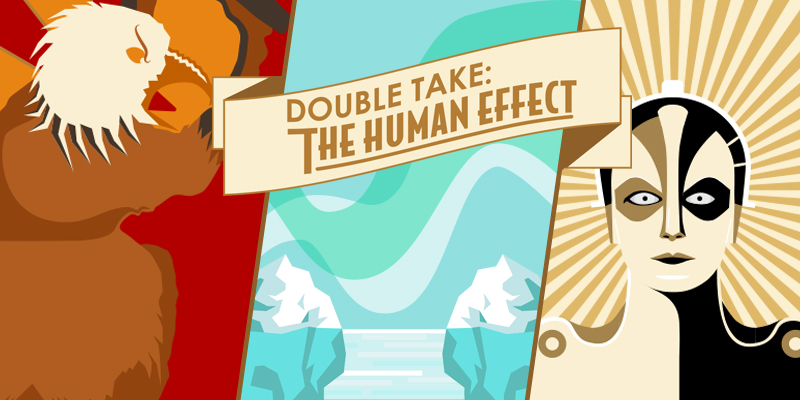 Fellow‐driven concerts and events build on the leadership development and entrepreneurship component of NWS’s fellowship program. Fellow-driven projects are sponsored in part by the Maxine and Stuart Frankel Foundation. Face Off was supported in part by the Irie Foundation and a grant from the Paul R. Judy Center for Innovation and Research of the Eastman School of Music.