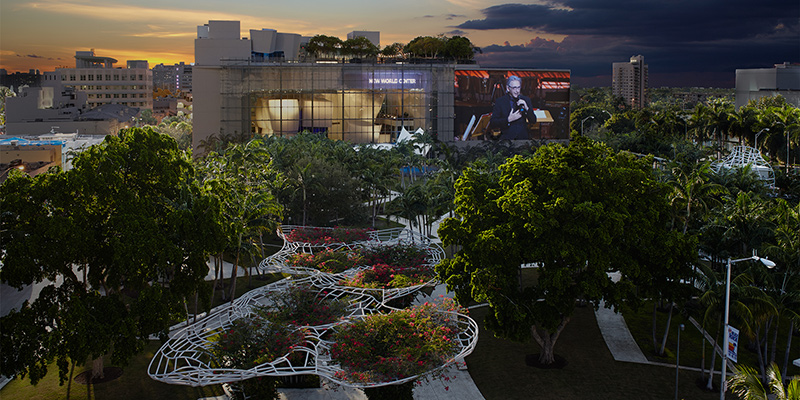 The New World Symphony today announces a $30 million endowment gift from the Arison Arts Foundation in honor of Michael Tilson Thomas, the founding Artistic Director. With this gift, the Arison Arts Foundation and the New World Symphony Board of Trustees have agreed that the concert space of the New World Center will be named in perpetuity the Michael Tilson Thomas Performance Hall. This support of the institution’s endowment marks past accomplishments and anticipates a bright future.

Of the gift, Lin Arison said “MTT and my family have been creative partners for decades. When he first told us of his vision for the New World Symphony, it was such a strong idea that my husband Ted and I could only say yes to taking the leap. Now I can look back with tremendous pride. Thanks to MTT’s vision and his thirty-five years of devotion, the NWS has been a major part of the growth of Miami and our 1,200 alumni are leaders in their musical communities, sharing his standards of excellence. As Michael makes the transition to Artistic Director Laureate, I wanted to support his dream and offer a gesture of appreciation and love by naming the hall for him in perpetuity.”

“I am deeply touched by this extraordinary gift from Lin and her family,” shared Michael Tilson Thomas. “Our collaboration has allowed young musicians to find their paths and has allowed my artistic life to grow and to flourish. I am so grateful that Lin and the Arison family have been my friends and partners for over 35 years.”

Of the gift, New World Symphony chair Will Osborne said, “This is the moment to celebrate the creative union between Lin Arison and Michael Tilson Thomas. Establishing the permanent association between a musician founder and a performance space links vision to reality. What a tremendous moment for Miami and for the future of live music.” 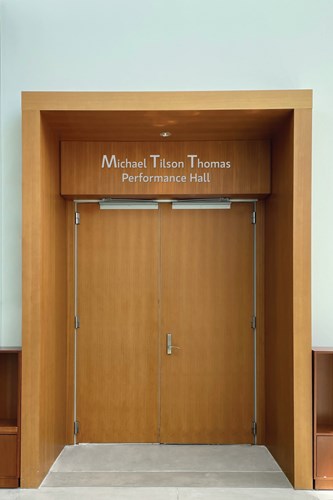 The announcement was made by Lin Arison at the beginning of Saturday evening’s concert by the New World Symphony Fellows, led by Tilson Thomas (affectionately known as MTT). This past weekend’s concerts (May 6 and 7) are the final of MTT’s thirty-five-year tenure as Artistic Director. Beginning on June 1, 2022, MTT takes on the role of Artistic Director Laureate.

Founded in 1987 by MTT and Ted and Lin Arison, the New World Symphony’s mission is to prepare musicians for leadership roles in orchestras and ensembles. For Ted and Lin, the New World Symphony demonstrated their love of music and dedication to Miami. MTT’s vision was the creation of an educational environment where young musicians could find their own voices and have the time, support, and guidance for launching their musical lives. To date, nearly 1,200 NWS alumni are impacting communities world-wide.