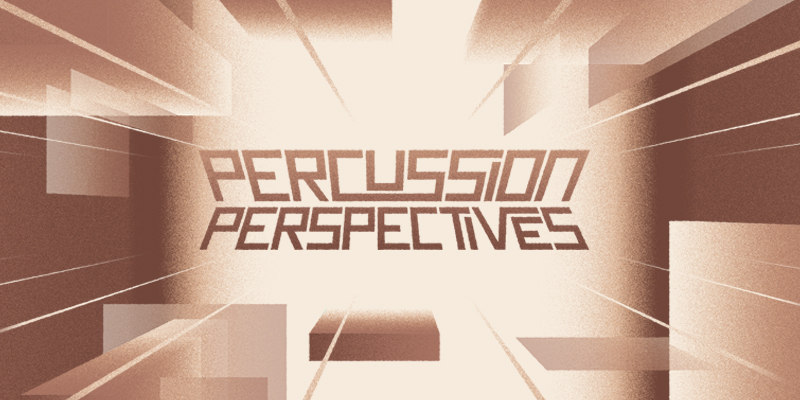 NWS’s season-long Percussion Perspectives festival marked its finale on Saturday, April 24, 2021 with a celebration of global percussion. The festival was the second installment of NWS’s annual summit series that immerses participants in the world of a different orchestral instrument each year. Percussion Perspectives was sponsored in part by Art Mentor Foundation Lucerne; NWS Fund for New Ventures and the John S. and James L. Knight Foundation. Knight Foundation and New World Symphony: Reimagining Classical Music in the Digital Age.

Percussion Perspectives culminated with Global Beats, a concert that had NWS Percussion Fellows performing a variety of demanding works—including two world premieres—and numerous instruments. As a grand finale, NWS Fellows were joined by Zakir Hussain—the preeminent classical tabla master of our time—in the world premiere of his own Chalan No. 1 in D. 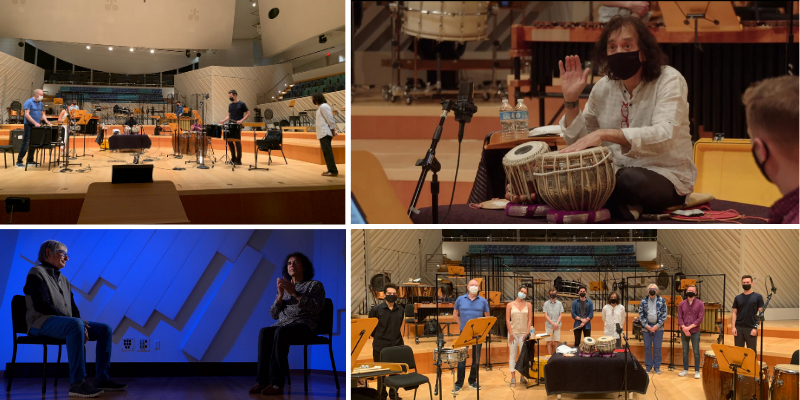 MTT spoke with Mr. Hussain before the performance to learn more about the piece. Chalan is an important foundation in India’s rhythmic repertoire. “You create a rhythm story over this foundation,” said Mr. Hussain. “Each story ends in a punchline recognized by the performers. When a rhythm performance is happening in India, there’s usually a board instrument called a sarangi that plays a melody that’s the same length as the rhythm cycle, repeated over and over again, but ornamented differently each time.” Click here to read Mr. Hussain’s full description of Chalan No. 1 in D.

Earlier in the season, the Fellows were mentored by tabla master Rajesh Bhandari to learn more about the instrument's traditions and techniques. Joining Mr. Hussain and the Percussion Fellows in performance was Michael Linville, NWS alumnus and current Dean of Chamber Music and Fellow Development. Mr. Hussain’s performance was sponsored in part by a gift from The Tandon Family Foundation. 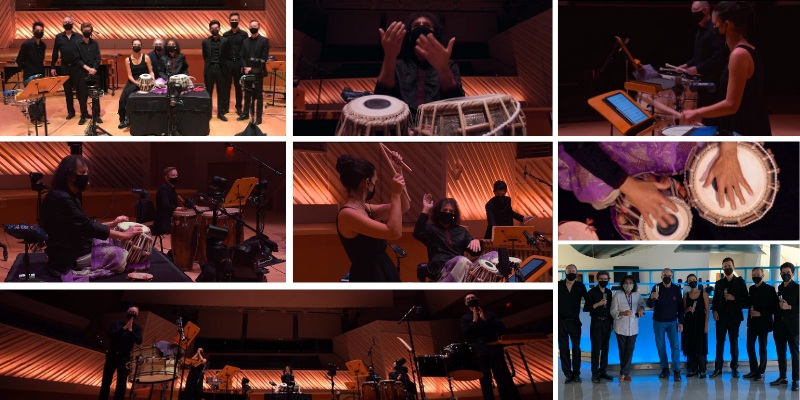 The program’s second world premiere was Alex Orfaly’s Danzón Luna, a showpiece for NWS Timpani Fellow Matthew Kibort. Mr. Orfaly himself was an NWS Timpani Fellow from 2002-06 and now serves as the Principal Timpanist of the Sun Valley Symphony. MTT asked him to write a piece that was influenced by Latin music and put the timpanist in the spotlight. Mr. Orfaly created that sound world by using accompanying Latin instruments, such as bongos, claves and maracas, and by replicating the pitches of a six-string guitar’s open strings. The piece’s title translates to Moon Dance, but also honors Mr. Orfaly's late dog, Luna. 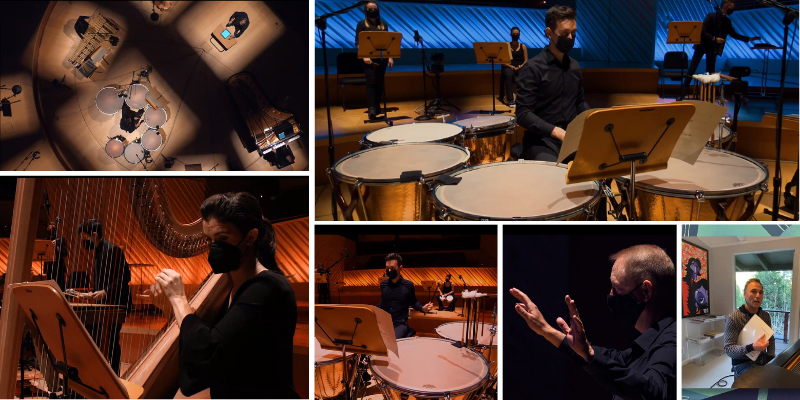 Also on the program were Lou Harrison’s Fifth Simfony and Steve Reich’s Part I from Drumming, each scored for four percussion. In introductory remarks, NWS Percussion Fellow Charlie Rosmarin shared:

There’s a tradition amongst composers to swing for the fences on their Fifth Symphony. Repeatedly throughout the 20th century you see composers making their Symphony No. 5 a statement piece. This tradition seems to have started with Beethoven’s Fifth, followed by other iconic Fifth Symphonies by Prokofiev, Mahler, Shostakovich and Sibelius. These are all masterpiece symphonies where the composer was remarkably more ambitious than they were with their Fourth Symphony. With Harrison’s Fifth Simfony, it’s important to note there is no first, second, third or fourth symphony and the word 'symphony' is deliberately misspelled in his title. As subversive as Harrison is being, I think he actually is crediting Beethoven with some inspiration. Like Beethoven’s Fifth, Harrison’s work takes simple rhythmic motifs and builds entire movements out of them. He casts these themes across the entire range of non-pitched percussion. He writes for small, delicate bells and triangles, as well as the deepest gongs and a gigantic thunder sheet, which is a piece of sheet metal you strike to mimic a clap of thunder. Lou Harrison, along with John Cage and Henry Cowell, were counter-cultural composers who invented what became the modern percussion ensemble. This Fifth Simfony is experimenting with ensemble, texture and sonority, but it underpins that experimentation with recognizable forms. 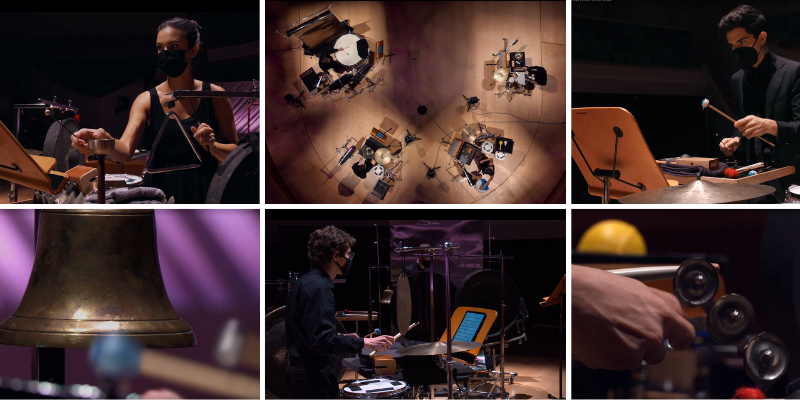 Steve Reich wrote Drumming in 1970, two years after writing his article Music as a Gradual Process. To listen to Steve Reich is to listen to these processes. Charlie Rosmarin shared two examples of the processes found in Part I of Drumming. First, a build-up or construction, where a rhythm appears out of thin air one note at a time, which he says reminds him of something emerging out of water, like Atlantis. The second is phasing, where two players have the same rhythm and play at the same time, but one player will gradually speed up while the other stays put – not an easy effect for musicians to pull off. The instinct is to adjust and accommodate, but phasing asks the performers to stubbornly override those instincts and embrace the friction. 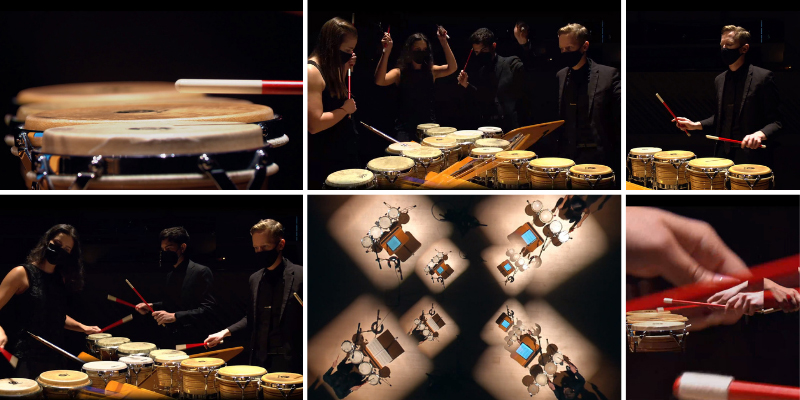